You need to listen to Troye Sivan’s acoustic version of My My My! 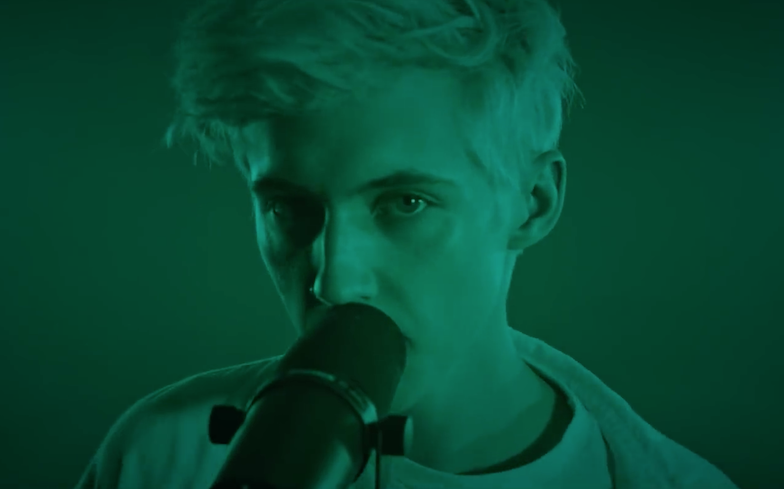 The Aussie pop star has gifted fans with a stunning, laid-back version of the acclaimed track.

Troye Sivan has released an incredible acoustic version of his sensual, high-energy comeback single, My My My!

The Australian star dropped a video to accompany the track, performing in an illuminated room as he pulls out some of his signature, electric dance moves.

“My, My, My! is a song of liberation, freedom and love,” the artist explained of the song.

“Throw all inhibition to the wind, be present in your body, love wholeheartedly, move the way you’ve always wanted to, and dance the way you feel – hopefully even to this song!”

Watch the acoustic performance below.

The Youth star told Nick Grimshaw: “This was not a planned announcement, but I’m so excited. It sounds exactly like I dreamt it would.”

The 22-year-old also said the two are “good friends”, and gave the inside scoop on how they collaborated. “I said ‘would you ever sing on this song?’ And she just did it.

“My favourite thing is not telling people who it is, and then starting to play the song and as soon as she starts to sing, everyone’s like ‘are you serious?’ Her voice is nuts.”

Troye’s highly-anticipated second studio album – which is due for release later this year – follows 2015’s Blue Neighbourhood, which received critical acclaim upon release and spawned the hit singles Wild, Talk Me Down and Youth.

Two singles have been released from the record so far – My My My and The Good Side – both of which have been well received by fans and critics.

Listen to Troye’s brand new single, The Good Side, below.