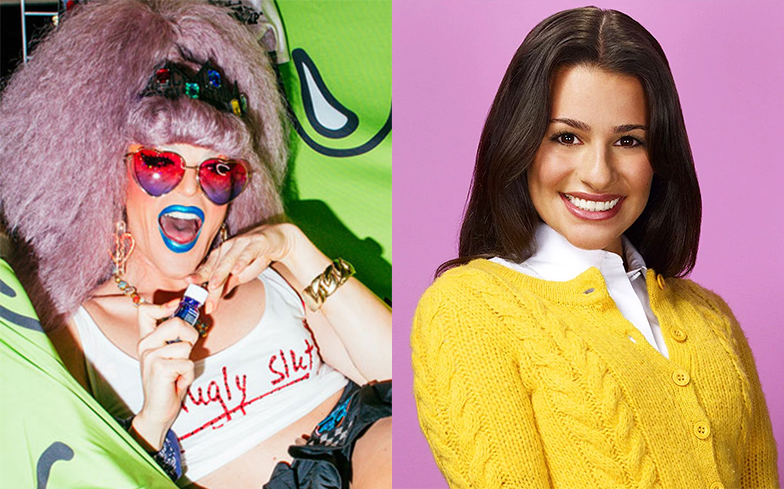 Willam has called out Lea Michele for the way she treats her co-stars.

Lea, who starred as Rachel in Ryan Murphy’s popular musical series Glee for the entirety of its six season run, has been facing a wave of criticism this week after a number of queer and Black actors on the iconic show accused her of bullying.

The backlash began when Lea tweeted her support for the Black Lives Matter movement, and fellow Glee actor Samantha Ware – who played Jane on the show – accused her of making her time on set “a living hell” with micro-agressive behaviour.

“Lmao remember when you made my first television gig a living hell?!?! Cause I’ll never forget,” she tweeted.

“I believe you told everyone that if you had the opportunity you would ‘shit in my wig!’ amongst other traumatic microagressions that made me question a career in Hollywood…”

Alex Newell, who recently appeared on RuPaul’s Secret Celebrity Drag Race and had a role in Glee as trans teen Wade ‘Unique’ Adams, responded to Samantha’s tweet with a gif of drag queen Coco Montrese saying, ‘Get her, Jade!’, which many took to be a co-sign.

He later added: “When my friends goes through something traumatic I also go through it… that’s what friendship is… and if you can’t understand that then you’re part of the problem… and that’s on PERIODT! And I mean that for both sides of this coin!”

That’s when Drag Race star Willam shared his own experience from the set of Glee. He revealed he was going to appear on the show, but walked off set after poor treatment from Lea.

“Lea treated me so subhuman I left the set of Glee,” he tweeted. “Pass the [popcorn].”

Others have spoken out too. Dabier, who starred in one episode of Glee, accused Lea of telling them that they didn’t “belong” with the rest of the show’s cast members.

“Girl you wouldn’t let me sit at the table with the other cast members cause ‘I didn’t belong there’ fuck you Lea,” they tweeted, later adding, “Ain’t going stand for her being fake like she care.”

Queer artist Linux, who was an extra on Glee in 2014, accused Lea of being a “tyrant” on the show.

“She screamed at staff and once randomly had an extra fired only to find out it was Barbra Streisand’s niece and then quickly asked for her back on set to get her in touch [with] her aunt,” they wrote.

Meanwhile, Amber Riley, who played major character Mercedes on the show, didn’t leave a comment but did share a gif of herself sipping tea and looking to the side.

However, she later told her followers “Let’s move on” and encouraged them to show support for the Black Lives Matter movement.

If you want to help the Black Lives Matter movement, which has hit the headlines in response to the murder of George Floyd by a policeman in America, you can donate here (UK) or here (US) and find a list of essential reading here.