Will Elsa have a girlfriend in Frozen 2? We finally have an answer 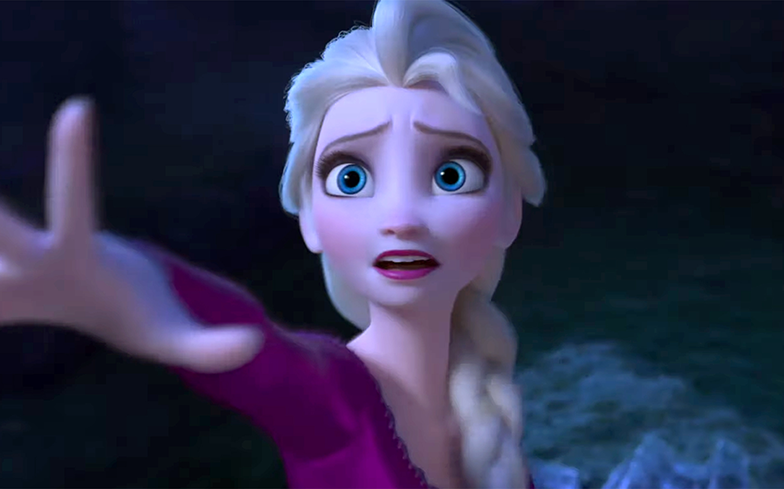 “That’s not a story that we wanted to tell at this point in time.”

It looks like Elsa won’t be exploring her sexuality anytime soon.

According to Frozen 2 songwriter Kristen Anderson-Lopez, the fan-favourite Disney princess slash superhero won’t have a romantic interest in the highly-anticipated sequel, which is due for release 22 November.

She explained further: “What we really wanted to tell was if you have these powers, how do you grow and change and find your place in the world and find answers that haven’t been found before?”

Elsa’s journey in the original film was highly refreshing because she didn’t depend on a man to complete her character arc, and we’re glad that will continue. However, we’re slightly disappointed that Elsa won’t be Disney’s first LGBTQ heroine.

Since 2016, fans have been campaigning for Elsa to have a same-sex romance ever since the #GiveElsaAGirlfriend hashtag went viral. The hashtag sent the internet into meltdown mode, with fans calling on Disney to make Elsa a queer role model.

Even Idina Menzel gave her blessing: “I think it’s a wonderful idea. It’s a wonderful conversation that we should all have about whether a Disney princess or queen could be gay.” She later added, “I can’t promise anybody that’s going to happen.”

In an interview with The Huffington Post, she said: “I love everything people are saying [and] people are thinking about with our film ― that it’s creating dialogue, that Elsa is this wonderful character that speaks to so many people.”

Frozen received widespread acclaim from critics when it was released back in 2013, and grossed 1.3 billion worldwide, becoming the highest grossing animated film (it has since been surpassed by the live-action remake of The Lion King).

Watch the trailer for Frozen 2 below.