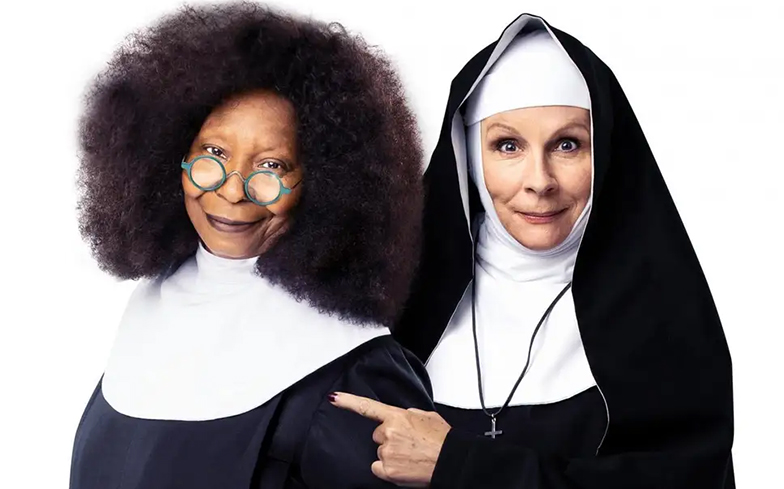 Whoopi’s back in the habit!

It’s just been announced that Oscar-winning comedian and big screen icon Whoopi Goldberg will be returning to her most beloved role as Deloris Van Cartier when Sister Act! The Musical arrives on London’s West End next year.

“The original Deloris Van Carter is back. A little older, a little seasoned but really still kind of out there,” Whoopi said.

Absolutely Fabulous star Jennifer Saunders will also appear as Mother Superior in the newly-adapted production of the smash hit musical, which will have a limited run at the Eventim Apollo from 29 July to 30 August, 2020.

“It has been so exciting to work with Whoopi, Alan Menken, Douglas Carter Beane and Glenn Slater to revise and refresh Sister Act for this newly adapted production,” said producer

“This is a very special one-off opportunity created just for London to see one of the most loved actors of our time playing the part she is so famous and so loved for.

“The addition of Jennifer means that Sister Act truly promises to be the ultimate night of laughs and smiles with two comedy greats. It really is going to be a brilliant Summer!”

The stage show doesn’t use music from the movie due to copyright issues, but does feature songs from Alan Menken, who famously scored Disney films including The Little Mermaid, Aladdin and Beauty And The Beast.

Sister Act! The Musical runs at London’s Eventim Apollo from 29 July to 30 August 2020, with tickets on sale now.