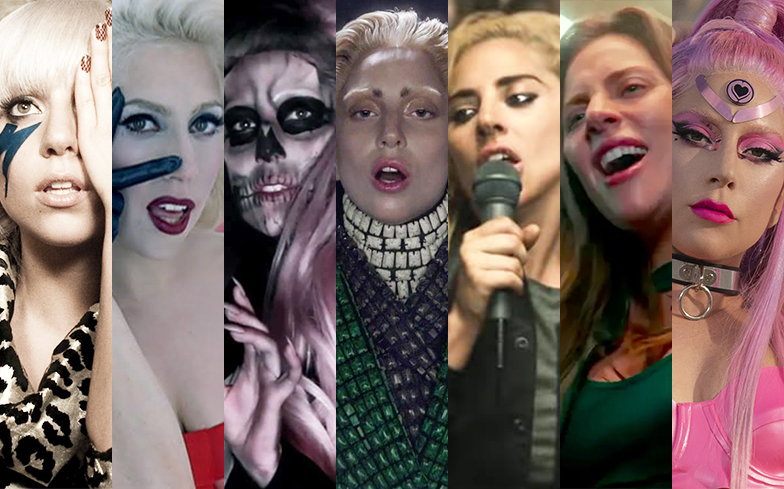 Even though we’re of the firm belief that her album tracks are often her best (it’s a crime that Dance In The Dark and Scheiße weren’t given the single treatment), there’s no denying the impact that Lady Gaga’s singles have had on pop culture.

In celebration of her incredible comeback track Stupid Love, we’ve ranked every one of Gaga’s lead singles from worst to best (although there’s really no ‘worst’ when Gaga is involed).

Does her breakout hit Just Dance top the list? Or maybe Academy Award-winning A Star Is Born track Shallow? What about her most recent single Stupid Love? Check out our ranking of all 8 lead singles below…

8. Anything Goes (Cheek To Cheek)

Something had to take last place on our list, and a jazz cover was the easiest choice. While we loved hearing Gaga show off her versatility and vocal talent on the Tony Bennet collaboration, it wasn’t the pop superstar we’ve come to know and love.

With all the glorious chaos taking place on ARTPOP’s genre- and expectation-bending tracklist, it’s totally understandable why Applause was chosen as the lead single. It’s got the most mainstream sound, and appeals to the fans who want classic dance-pop Gaga. It also features some of the most literal crowd-participation lyrics in pop – “put your hands up, make them touch” – making it a joy to hear on a night out or at her live shows. Even so, aside from Anything Goes (and we’re not even sure Cheek To Cheek counts as a proper Gaga album), it’s probably her least memorable lead single. We’d have loved it if some other ARTPOP standouts had been given the spotlight they deserved.

Gaga hit a new career peak when she made her major big screen debut in the critically-acclaimed 2018 remake of A Star Is Born. With it came a soundtrack of new Gaga music, including the soaring power ballad Shallow. The song topped the charts in the UK in the same week that the album and film were at number one, which has never been achieved by any other performer, and landed both artists a Golden Globe, two Grammys and an Academy Award. It’s an incredible song, and united everyone from hardcore Little Monsters to soccer moms, but for us it exists mostly within the film’s universe.

On the back of her most creative, bizarre and polarising release (yes, we’re talking about ARTPOP), and a follow-up jazz album, fans had no idea what to expect next from the chameleon of pop. It’s fair to say most probably didn’t anticipate Perfect Illusion. With the influence of Kevin Parker, BloodPop and newly-befriended producer Mark Ronson, Gaga delivered raw vocals on a rock-tinged track that belied her previous glossy pop releases, eliciting images of sweaty mosh pits over well-rehearsed choreography. Initial response was mixed, but in retrospect it stands as one of her most interesting and robust lead singles so far.

After a jazz album, the country-inspired Joanne, and the rock-leaning A Star Is Born soundtrack, Gaga decided to (finally) give the gays everything they ever wanted with a return to floor-filling pop anthems on her latest single Stupid Love. With the help of hitmakers BloodPop, Tchami and (surprisingly) Max Martin, fans were blessed with the biggest banger she’d released in half a decade. For those of us who grew up on the unadulterated campy joy of Gaga’s early days, the song was the perfect mix of nostalgia and something fresh. Still, it doesn’t quite have the depth of other Gaga singles, and it’s hard to tell if we’ll still feel this strongly about it once the novelty wears off, so for now it’s placing fourth.

Gaga has spent her career as a voice for the outsiders, and Born This Way saw her channel that energy into one of the biggest queer anthems of all time. The lyrics, “No matter gay, straight, or bi, lesbian, transgender life, I’m on the right track, baby I was born to survive,” helped a generation of queer teens celebrate who they are, and we’re more than willing to forgive all the cliché and cheese because the message has been genuinely life-saving for so many people. Released just three years into her career – and at a time when she was one of the trendiest pop stars on the scene – the song was both a sonic and thematic risk, but it paid off and only served to prove Gaga’s fierce commitment to raising awareness for the LGBTQ community.

The world of pop music changed when Gaga burst onto the scene with her debut single Just Dance, and it’s impact is undeniable. After spending five months on the Billboard Hot 100 singles charts, Suddenly, everyone wanted platinum blonde hair matched with garishly cool outfits, and her peers rushed to jump on board the 80s-inspired synthpop sound she helped push back to the airwaves – not to mention the string of RedOne-produced copycats that followed in the song’s wake. It’s one of the best-selling singles of all time, and there’s a reason for it.

Let’s face it, there wasn’t really any other choice, was there? After the huge success of her debut album The Fame, many critics were quick to dub Gaga a one-hit-wonder, but she proved them all wrong when Bad Romance, the lead single from follow-up EP (but really, we all know it’s an album) The Fame Monster, was unleashed onto the world. With its thumping club beats, an onslaught of earworm-y hooks and Stanley Kubrick-referencing lyrics that elevate it from cliched love song to a bonafide work of art, it’s sure to go down in history as one of the greatest pop records of all time. Let’s not forget the accompanying music video that’s so good it’s regularly referred to as the ‘modern-day Thriller’. Every gay knows at least one dance move from the choreography, and that’s a fact.