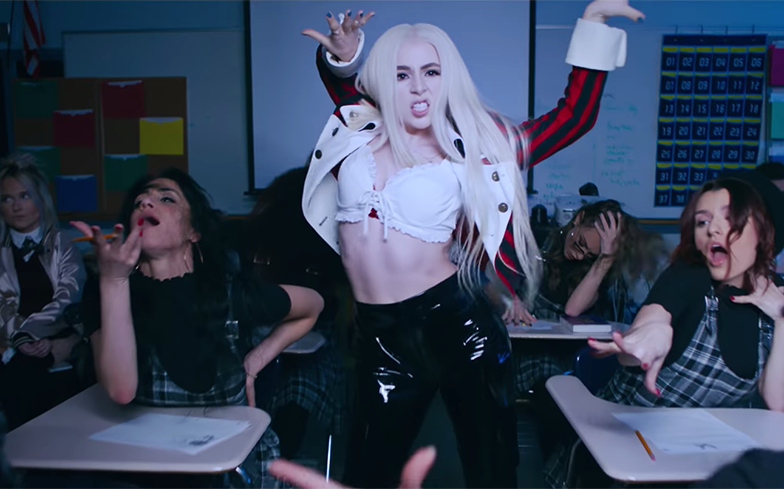 Ava Max has unveiled the music video for her soon-to-be LGBTQ anthem, So Am I.

The video sees the American singer-songwriter performing the dance-pop track in various locations at a school alongside a gang of “misfits”.

With lyrics such as “Do you ever feel like a misfit? / Everything inside you is dark and twisted / Oh, but it’s okay to be different / ‘Cause baby, so am I”, we can see this being the next big queer anthem.

So Am I is the latest single taken from Ava’s highly-anticipated debut album, which will also feature her massive single Sweet But Psycho, which topped the charts in the UK, Ireland, Germany,  Norway, New Zealand and Sweden.

When we spoke to Ava back in October, she said it was important for her to express female empowerment in her music.

“If you listen to the songs of mine that are about to come out, I feel like they have a similar message,” she told us.

“I do believe that girls need to hear that. I get messages all the time from people who are bullied, and say that my songs got them through the week. For me, that’s all I want to hear. I want to continue making music to uplift people.”

Read our full interview with Ava here and watch her incredible video for So Am I below.