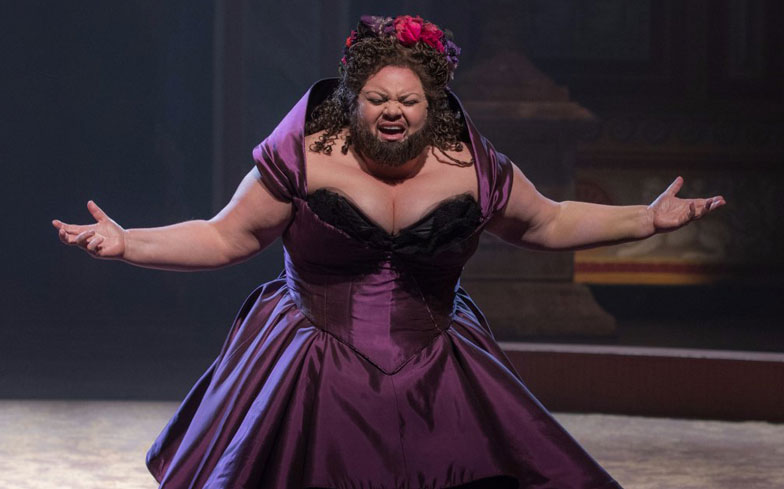 With the original soundtrack set to spend its 15th non-consecutive week at No.1 on the UK Official Album Chart, we have a glimpse at the moment the team behind the film realised how special This Is Me is.

For those of you who have seen the film, the empowering anthem is the centre-piece of the incredible soundtrack as bearded lady Lettie Lutz – played by Keala Settle – give a rousing rendition of the emotional number.

In this behind-the-scenes look at the making of the film, we see the exact moment Keala sang the song in front of producers, cast members, and the songwriters themselves, and they all realised just how powerful it is.

“I fight every day,” Keala says in the clip. “In our society we look a different way. I don’t know why I can be now and open myself up to it.

“Maybe that’s why I tear up because finally my soul can heal.”

Related: Zendaya: People need to stop telling us who we should love

Earlier this year, Keala told Gay Times how a fan who had watched the film told her how This Is Me stopped him from committing suicide.

“I got a message the other day from a man who is gay and was about to take his own life,” she said. “He sent me a thing saying, ‘I heard your song and I took the gun down.’ I wept.

“It’s that kind of impact that gives me goosebumps to tell you that because it makes me realise, again, not only does that young man have stuff in themselves to last a lifetime and let  shine, but I do too because of what he told me I’d given him – that I didn’t even know.

“It’s that type of impact that’s being made.”

The Greatest Showman will be released on Blu-ray and DVD on Monday, 14 May.