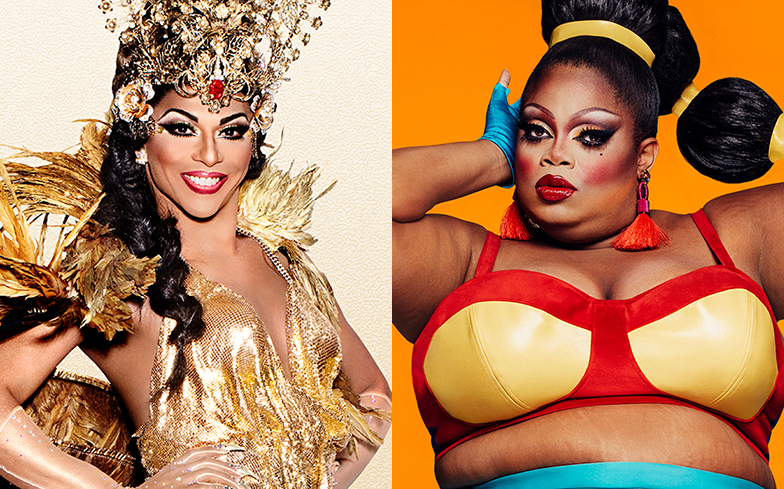 If Shangela returns to Drag Race for a fourth time, her Snatch Game character is pretty much sorted.

Over the weekend, the season two and All Stars 3 alum shared a hilarious video on Instagram in which she parodies Silky Nutmeg Ganache’s performance in the season 11 episode, Queens Everywhere.

In the clip, the iconic performer lip syncs to Silky’s verse from the episode and wreaks havoc around her dressing room. She also does her best at perfecting Silky’s now-iconic jump split-fail on the floor.

“#QueensEverywhereChallenge,” Shangela captioned the video. “I do love me some @silkyganache.” Watch below.

Last week, Silky lost the title of America’s Next Drag Superstar after failing to beat fellow competitor Brooke Lynn Hytes in a lip sync smackdown to Bootylicious by Destiny’s Child.

She earned 3rd/4th place alongside A’Keria C. Davenport, while Brooke earned runner-up. Yvie Oddly was crowned after receiving widespread praise for her performances against the latter two.

All eleven seasons of RuPaul’s Drag Race are available to stream on Netflix UK.