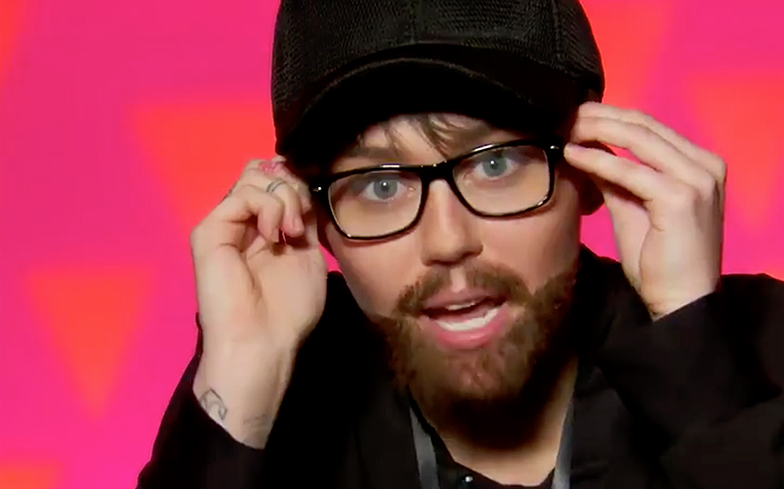 Miley Cyrus is going undercover for the Drag Race season 11 premiere… as a crew member.

In the latest preview clip for the highly-anticipated episode, the American singer-songwriter introduces herself as Barry Johnson “aka BJ”, dressed in a cap, fake beard, glasses and a crew member badge.

“Alright, I’m gonna go and meet the queens for the first time and they don’t know they’re meeting me,” she says. “I am the guest judge this week on the panel but first, I wanna go undercover with the ladies.”

She continues, fully immersed in the role: “I love me some fucking beautiful women. Pretty excited about this. I’m going in as a crew member. Season 11 is not gonna know what hit ’em.”

When we first saw Miley as BJ, we weren’t convinced. But honey, glasses can change everythang. Watch below.

Our special guest judge @MileyCyrus gets in drag to sneak around undercover in the werkroom. 👀

Drag Race season 11 will premiere 28 February in the United States on VH1. It will be available in the UK on Netflix the following morning.

The synopsis for the first episode reads: “Miley Cyrus goes undercover in the workroom to spy on the new cast of queens competing for $100,000. The first test is to create signature looks from materials belonging to former Drag Race legends.”

Last week, the full line-up of guest judges was announced, and it’s potentially the best ensemble of stars evah, mostly because the queen of reality TV, Tiffany “New York” Pollard is making her debut (!).

Related: This is what Manila was going to wear for Drag Race’s Super Queen episode.