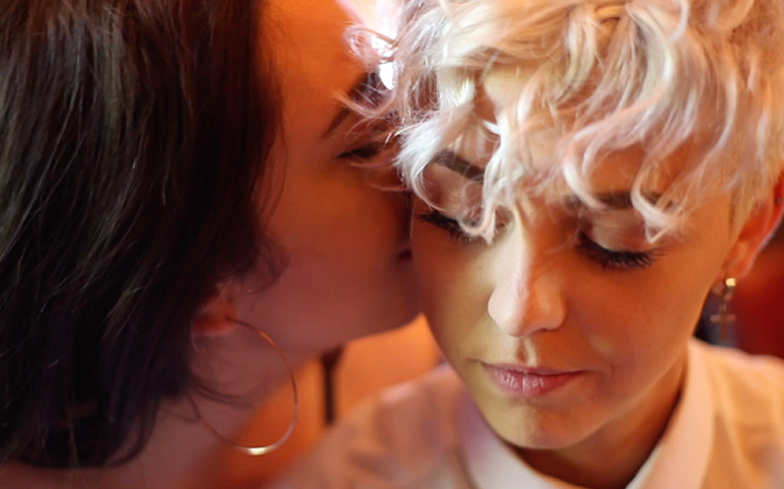 The singer-songwriter is embroiled in a love affair in the new visual, with Canadian actress Michelle Doiron serving as her co-star.

“It’s about being in a relationship but always arguing like crazy, throwing insults and fighting, but ultimately, no matter how insane it gets, you’d both rather lose your minds than lose each other,” Lots told us of the video.

“Likewise, the video seems as though we oscillate between crazy and passionate, but we chose to stay together. However, by the end of the song, I’ve tied Michelle down so that she can’t physically leave me ‘If I’m going to lose somebody… it’s sure as hell not going to be you’ type ending. Perhaps my character actually starts to go a bit insane.”

Lots added: “The song was written during my last relationship. I still absolutely love the girl to pieces. But, we did have a few volcanic rows.

“This song is more upbeat and happy sounding than my previous work, I thought this summer was the perfect time to show my natural energetic nature.

“I spend an insane evening down at Simon Drake’s House of Magic, and I was blown away by the venue. I thought – we have to shoot here, and the concept I had for this video couldn’t have been more fitting.”

Lots Holloway’s new single Lose Myself is available to download and stream now.

And you’d like to catch Lots perform at The House of Magic, you can on 6 September. Tickets are available here.