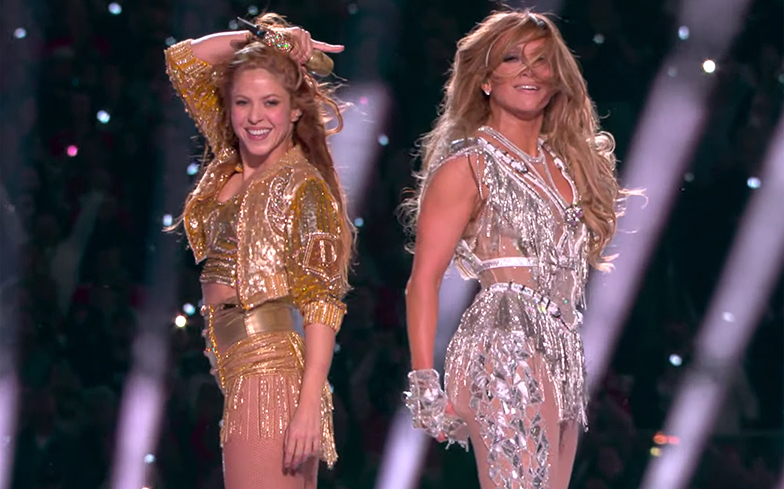 Jennifer Lopez and Shakira did THAT.

Shakira opened the high-energy spectacle with songs including She Wolf, Whenever Wherever, Chantaje and a cover of I Like It with Bad Bunny, before crowdsurfing as she performed her signature hit Hips Don’t Lie.

Halfway through, Jennifer Lopez arrived wrapped around the Empire State Building, declaring herself “still Jenny from the block” and ticking off a seemingly endless string of hits including Get Right, Love Don’t Cost A Thing, Waiting For Tonight and On The Floor.

The set ended with both performers showing off their dance moves, before uniting dressed in silver and gold to thank the audience in English and Spanish – emphasising the cultural importance of two Latinas performing on one of the most-watched American stages together.

Best Super Bowl performance ever? Watch the epic show here or below and judge for yourself.