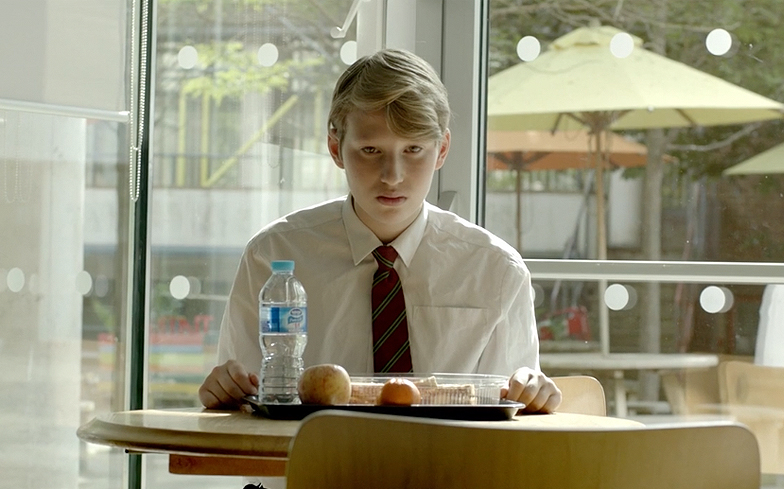 Actor and activist Jake Graf has premiered a new short film shedding light on what it means to be a transgender teenager in 2018.

Released to coincide with Trans Awareness Week – which runs from 12-18 November – the short film titled Listen gives a previously unseen insight into the daily struggles of trans youth.

The film also stars young transgender actors in trans roles, rightfully letting trans people have the opportunity to tell their own stories.

It was created in association with Mermaids and GIRES  – two of the UK’s foremost trans youth charities who work tirelessly to support young trans people and their families.

“As a transgender man who grew up feeling lost, scared and unheard, I am more than aware of the damage that can be done to trans children when they are not listened to during their all important formative years,” said Jake.

“When school life is also difficult, it can often feel like there is nowhere to turn. Trans kids are constantly in media, doubted and vilified in equal measures, and it was really important to me that they were just seen as the children that they are, as deserving of kindness and respect as anyone else.

“Having grown up without any positive trans role models, I had long wanted to give a voice and platform to the new wave of brave, inspiring and visible young trans faces and activists, and was really excited to be able to work with these incredible people.

“We have seen that whilst trans visibility is on the rise, so too is the backlash against trans people and their right to simply live. Trans children are attacked so frequently that most feel powerless to stand up and be heard.

“We hope this film gives a voice to all transgender children, and begins much needed conversations about positive progress.”

The cast – who are aged between 11-15 – have all experienced some form of discrimination or persecution, which was one of the main reasons they wanted to be involved with the Listen project.

More than half of trans male teens and 29.9% of female trans teens said they have attempted suicide in their lifetime, according to a recent study published by the American Academy of Pediatrics.

Through his work as an actor, writer, director and activist, Jake Graf is one of the most visible trans men in the UK, with his previous short film, Headspace, being viewed more than 4.7 million times.

The star has a role in upcoming Keira Knightly film Colette, which is a biopic based on the gender-fluid French novelist.