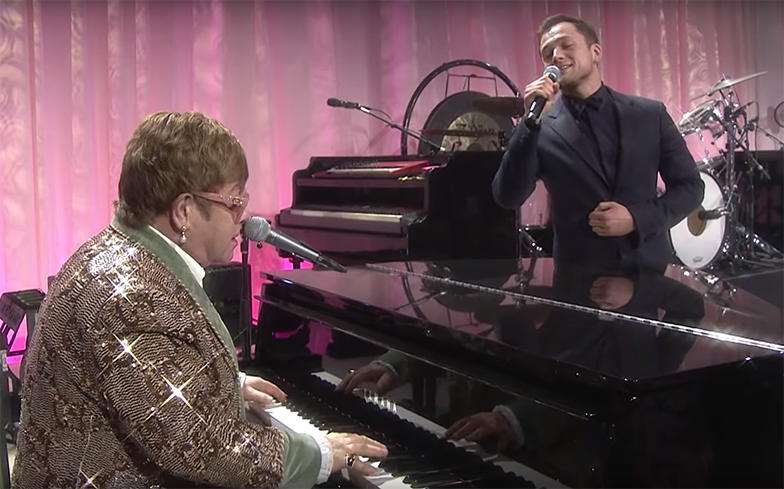 John accompanied the British actor on the piano during his AIDS Foundation Academy Awards viewing party, while he delivered an electrifying rendition of the 70s pop classic.

The two performers collaborated because Egerton is about to star as the pop icon in the upcoming biopic, Rocketman.

In a recent sneak-peek for the musical drama, producer Giles Martin (the son of Beatles producer George Martin) admitted: “Elton said ‘I don’t think I have heard anyone sing my songs better than Taron.’”

Dexter Fletcher, the film’s director, also said: “Taron is actually singing in the film and he’s so convincing. His voice is incredible.”

Egerton previously said of the film: “Everyone thinks it’s a biopic. It isn’t. It’s a fantasy musical so it’s actually his songs used to express important beats in his life at emotional moments. He’s not the only character that sings. It’s going to be fun.”