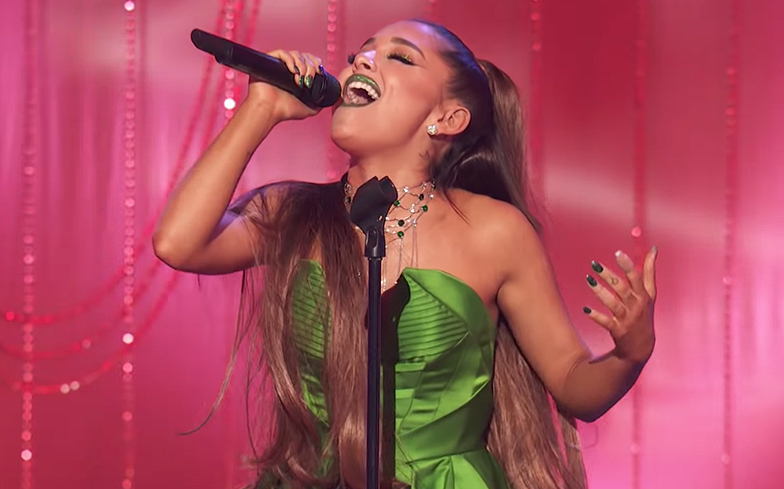 Ariana Grande has made no secret of her love for musicals, having started her own career in 13 on Broadway back in 2008. But there’s one musical in particular that the pop star holds above all else: Wicked.

So it’s no surprise that she made an appearance on NBC’s A Very Wicked Halloween: Celebrating 15 Years On Broadway this week, a music extravaganza that saw a number of stars pay tribute to the iconic musical on its 15th anniversary.

Dressed appropriately in emerald green – complete with a sparkly green lip – Ariana served vocals for days. More importantly, given everything that’s been happening in her life lately, it’s just great to see Ariana so happy.

Other stars that made appearances on the Wicked special include Adam Lambert, Ledisi, Pentatonix, and there were plenty of magical moments provided by the musical’s two original stars, Idina Menzel and Kristin Chenoweth.

Watch the stunning performance below.

.@arianagrande just made us so happy, we could melt! 🎤 #Wicked15 #Wicked pic.twitter.com/RaiabtTTIx