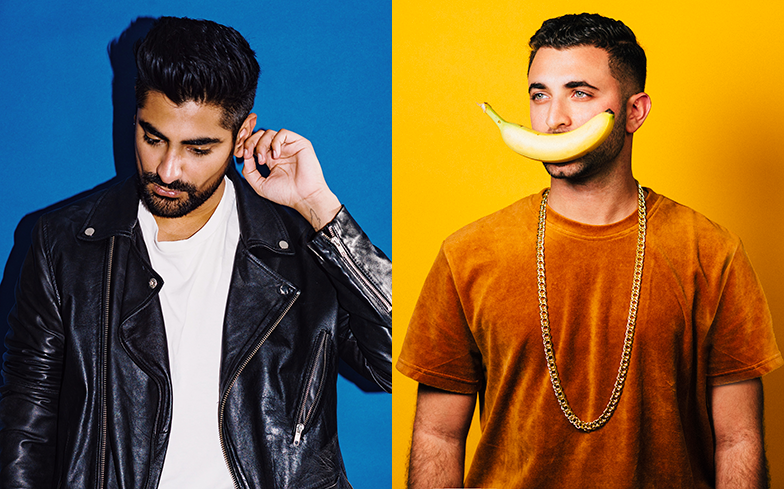 Vardaan Arora is living for the Drama with nicopop on their brand new single.

“I live for drama, you can tell me what you want, I start some shit, that’s what I want,” the singer-songwriter sings on the infectious dance-pop anthem. “Let’s get messy, let’s get hot. Tell me what you know…”

According to Vardaan, the intention behind Drama was to write “an undeniably fun, catchy pop song that was also lyrically honest in a refreshing way” and to make people want to “get up and dance”.

“Most people love to gossip and talk shit, but many of us don’t admit to liking it – so we decided to take the guilt out of that guilty pleasure and turn it into a feel-good bop.” he told us. “It’s light, it’s breezy, it’s a little tongue-in-cheek.”

Vardaan is best known for singles such as january, thirty under thirty, Dance Like You, Just Like That and Feel Good Song, the latter of which has been streamed over two million times on Spotify.

nicopop (Nicolas DiPietrantonio) is an LA-based dance-pop producer, songwriter and visual artist who boasts hits such as Ms. Last Night, Antisocial Socialites, Come4u, Virtual Healing and What U Like.

Later this year, Vardaan will star in the seventh instalment in the Wrong Turn film series, The Foundation, alongside Matthew Modine (Stranger Things), Charlotte Vega (American Assassin) and Emma Dumont (The Gifted).

The first film, released in 2003, starred Buffy the Vampire Slayer’s Eliza Dushku and has since become a cult horror classic.

Drama by Vardaan Arora and nicopop is now available on streaming services – listen here on Apple Music or below.