Here are 7 upcoming LGBTQ films you need to watch 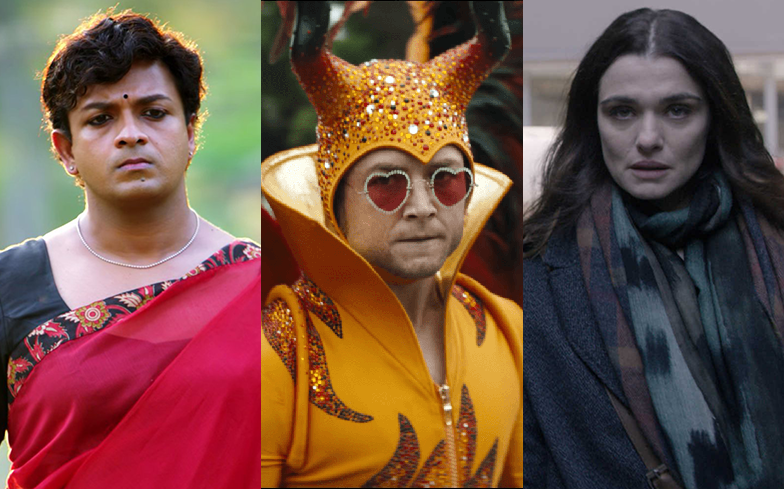 These are the LGBTQ films we’re looking forward to.

We have blessed with some incredible LGBTQ films this year haven’t we?

Alex Strangelove, The Happy Prince, Hurricane Bianca 2, The Miseducation of Cameron Post, Can You Ever Forgive Me and Love, Simon, the latter of which became the first major-studio teen rom-com to feature a gay protagonist. Progress!

In celebration of all this fantastic queer representation, we’ve rounded up seven of our most anticipated LGBTQ films still to come.

From the musical fantasy of Elton John’s highly-anticipated biopic, to the forbidden love affair of Rachel McAdams and Rachel Weisz in Disobedience, these are the films that should be on your must-watch list.

Smith stars as Adrian, a HIV-positive and closeted gay man who returns home to his conservative family after a three year absence, to inform them of his impending death.

The American actor told Entertainment Weekly: “I feel like this is a film about a lot of Americans that we don’t get to see in a lot of films that deal with the AIDS crisis, [which often] center more around activism or medical drama, but don’t really take a magnifying glass to middle-American experience.

“There’s something about knowing there are so many people’s lives that were cut short and lost, but so many of these people found a community where they, in a short period of time, were able to live very freely and experience love and a connection with people they maybe thought was otherwise unavailable to them.

“I think there’s an inherent beauty inside of this thing that can kind of be construed as tragic. I also think this film is a bit of an elegy to these people and trying to find positivity in the experience of love.”

Based on Garrard Conley’s memoir of the same name, the movie tells the story of Jared (Hedges) – the son of a Baptist pastor – who is outed to his parents (Kidman and Crowe), and forced to attend a conversion therapy program. Once there, Jared meets others like him and comes into conflict with the homophobic head therapist (Edgerton).

Edgerton, who also directs the film, told Entertainment Weekly: “The film satisfies the dramatic and salacious stuff that interested me, but it also had an emotional resonance to it that I felt didn’t just make it a dark and nihilistic story.

“Garrard’s story is so full of redemption. My approach and treatment of this story was that there were no villains, that everyone thought they were doing the right thing.”

Oscar-nominated actress Keira Knightley stars as the Nobel Prize-winning French novelist Sidonie-Gabrielle Colette, who went on to become a leading literary figure and a sexual revolutionary in the late 1800s.

The film chronicles her marriage to the charismatic Parisian, Henry Gauthier-Villars (Dominic West), who convinces her to ghostwrite a series of novels to be published under his pseudonym ‘Willy’.

Based on Naomi Alderman’s novel of the same name, the Sebastián Lelio directed drama focuses on the forbidden relationship between between two women from an Orthodox Jewish community.

Rachel Weisz stars as Ronit Krushka, a woman who returns to her hometown in London after the death of her father. There, she rekindles her romance with her cousin’s wife Esti Kuperman (Rachel McAdams), after being shunned for the same attraction years prior.

Speaking about the movie’s intimate moments at the film festival, legendary actress Olivia said: “It’s as though we think we invented sex, but we didn’t, it’s been going on for quite a long time… And it was awfully fun having sex with Emma Stone.”

“It was really fun having sex with you too,” replied Oscar-winner Emma, according to Reuters.

Set in the early 18th century as England and France are at war, the film follows the life of ailing UK royal Queen Anne (Olivia Colman) and her closest friend Lady Sarah (Rachel Weisz) who governs the country in her stead.

But the arrival of Sarah’s cousin Abigail Masham (Emma Stone), who’s fallen on hard times, promises chaos in the monarchy as the two women begin to fight for their place as Queen Anne’s right-hand woman and companion.

Njan Marykutty is an Indian Malayalam-language drama that follows a transgender protagonist, and has been noted as the first ever Malayalam film to depict a transgender person with “respect and dignity”.

British actor Taron Egerton, who plays Elton in the film, revealed: “Everyone thinks it’s a biopic. It isn’t. It’s a fantasy musical so it’s actually his songs used to express important beats in his life at emotional moments.

“He’s not the only character that sings. It’s going to be fun.”

Related: 15 of the best LGBTQ-inclusive shows you can watch right now on Netflix.