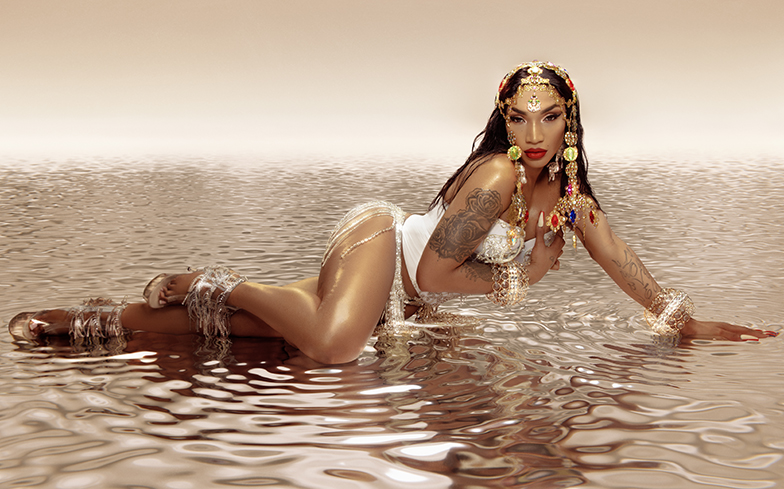 Tokyo Stylez is carving out an empire of her own – as her true self.

The wig stylist to the stars, who appears on the cover of our new Fashion Issue, has worked with the likes of media mogul Kylie Jenner, pop superstar Rihanna and supermodel Naomi Campbell, delivering some of the most memorable fashion moments of the past decade.

Her collaborations with Bodak Yellow hitmaker Cardi B hold a special place in her heart, as she tells GAY TIMES how they ended up working together after the “stars aligned” for them both.

“I actually knew Cardi for a little while before I started doing her hair. She was always very nice to me and always wanted me to do her hair but my schedule was always so crazy. At the time I was doing Kylie and a few of the other Kardashians and I had Nicki Minaj as well,” she says.

“I guess you could say the stars aligned, we had a gap in our schedule so I did her hair once and that was it. Then her song Bodak Yellow really started to hit, and next thing you know we were everywhere as her schedule got extremely busy.”

She added: “I really appreciate Cardi because she is constantly pushing all her glam artists to do something outside the box. When you do stuff on a high level, you do start to get stagnant, so you have to find that person that will push your boundaries.”

Towards the end of last year, Tokyo opened up to her 1.3 million loyal Instagram followers about her identity as a trans woman, choosing to own her narrative and put an extremely personal part of her life in the public eye.

It was a decision that didn’t take much consideration, as she tells us: “I just felt that it was time to stop hiding who I am, because I’ve been doing that for most of my life.

“If I wasn’t being true to myself, then how would I help anybody else who might be going through the same thing? Being unapologetic has always been my attitude, so why change that during my transition to the woman I always was?

“I think being open about it, unlike others that have elected to hide it, has made my transition so much better. I thought people might look at me differently, but I have gotten nothing but love and support from the world.”

Tokyo Stylez’s Gay Times Magazine cover is available worldwide, and you can buy it here.