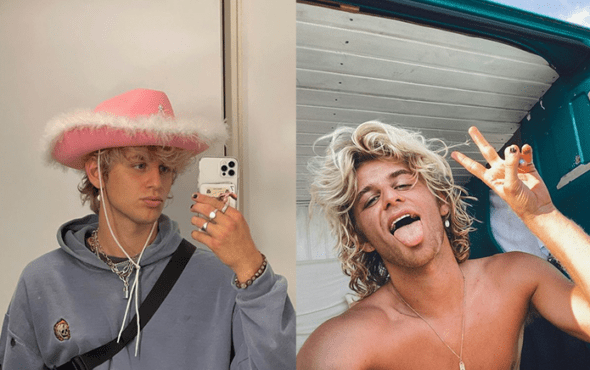 The German TikToker, who has been subjected to accusations of queerbaiting, has come out as bisexual on social media.

Tiktok icon Theo Carow has come out as bisexual in a range of social media posts. The content creator, who has 1.6 million followers on the video app, has been accused of queer baiting in previous videos due to wearing nail polish and dressing effeminately.

German politician Kevin Kratzsch shared a message of support in the comments of Carow’s coming out post.

“Nobody should fear being who he or she is. Every individual story is valuable and it is precisely the differences that make life interesting and worth living. For all of us! Dear Theo, your confession is correct and should actually become unnecessary!” he wrote.

Kratzsch, continued: “Who you love or how you live should no longer be an issue at all. That is why the signal is all the more important that this and another post comes from you. Because it means: everyone should be himself, have the courage to be me. Shame should be replaced with pride. You are cool because you are who you are. That’s the great message, that’s what matters.”

While the majority of Carow’s comments were supporting, some online users offered some insight into why they were unsure of the 24-year-old’s post.

“No mean intention and you know we are cool – but if it is not an honest (but vague) statement, but a joke, it is queerbaiting and unfortunately not cool at all,” German singer Strify posted. “Benefit of the doubt: I’m happy for you.”

Carow posted a TikTok video yesterday to the music of The Neighbourhood’s Sweater Weather. The caption of the video read: “This been a long way” with a pride flag emoji next to it.

The German TikTok star shared the video with the text “Hi, this is an official statement” confirming his coming out and receiving off-camera support from a friend. The video has nearly 300,000 views and 400 comments.

@theocarowthis‘ been a long way.. 🏳️‍🌈♬ Sweater Weather – The Neighbourhood

Shortly after posting the video, Carow posted another TikTok with the audio which says “You don’t look gay” which the creator shared on-screen as “You don’t look bisexual”. The video pokes fun at comments following Carow’s initial coming out video.

In response to previous accusations of queerbaiting, a German publication, Mads, stated Carow addressed the comments in a statement.

“Half of my childhood I wore pigtails and dresses, I would have preferred to be a girl forever,” Carow said in a statement, according to Mads. “My first kiss was with a boy – those were my first sexual experiences later.”