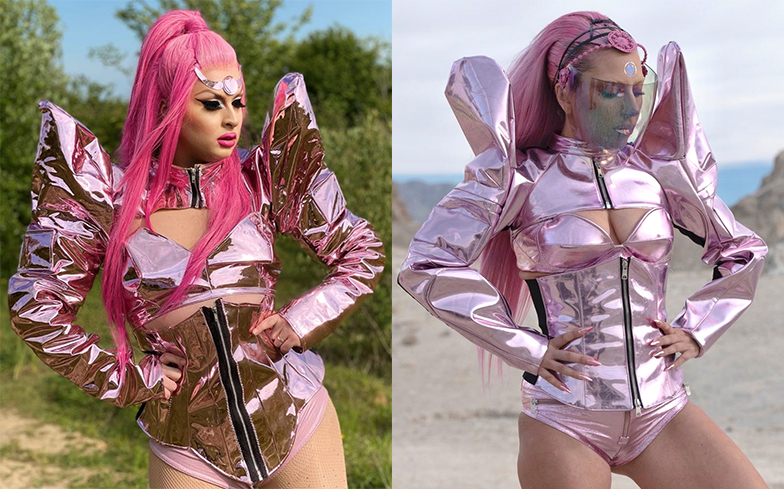 Cheryl Hole had a bit of a freak out earlier this week when TikTok removed her brilliant, incredible, amazing, show stopping, spectacular, never the same, totally unique (you know the rest) tribute to Lady Gaga’s music video for Stupid Love.

In the clip, the Drag Race UK fan-favourite lives up to her title as the ‘Dancing Diva of Essex’ as she performs killer choreography from the dystopian visual in Gaga’s now-iconic pink, space age ensemble. It’s a gag, honestly.

Shortly after, TikTok deleted the video from Cheryl’s personal account. According to a tweet from the star, the social media service removed the clip – “with no explanation” – because it was “violating the guidelines.”

All Cheryl ever wanted was love – and to live her Gaga fantasy, of course.

Due to the backlash from Cheryl and her passionate following on social media, peace was “restored” yesterday (19 May) when TikTok fixed their dumb error and re-uploaded the video to her channel.

The album was originally scheduled for release on 10 April, but the pop superstar announced that she would be pushing it back to focus on raising money to help the fight against the global coronavirus pandemic.

Fans were disappointed of course, but in fairness she did raise over $35 million and host a star-studded live-stream benefit concert, so we think it was worth it. Chromatica will now drop 29 May.

The album’s second single, Rain on Me – a collaboration with Ariana Grande – will be released this Friday (22 May).