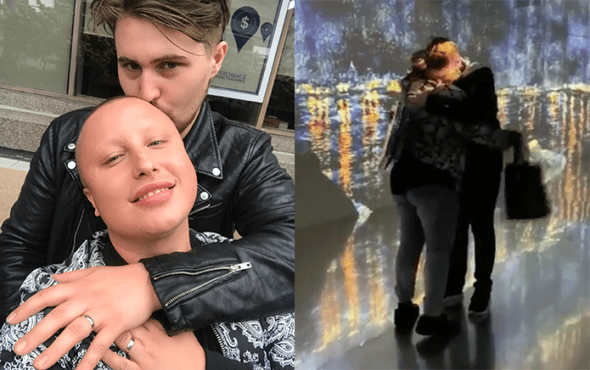 BOA didn’t quite conquer on Canada’s Drag Race this year, but she did make lasagne – and pop the question to her life partner.

The legendary queen left Twitter in tears after posting a video in which she can be seen on bended knee, asking for her boyfriend’s hand in marriage. “I can’t believe I’m engaged,” BOA captioned the video.

One fan wrote, “CONGRATULATIONS BOA you deserve ALL the happiness this life has to offer. ENJOY!” while another tweeted: “I’m rewatching this for the 547th time and I have cried every single time I love you and I’m so glad you’re happy.”

You can watch the adorable video below.

The Toronto-based performer and self-described “bitch on arrival” made quite the impression on Drag Race fans thanks to her boisterous personality, unconventional runways and charismatic confessionals.

She also won the hearts of viewers for opening up about her experiences with ADHD, addiction and sexual assault.

In BOA’s exit interview with GAY TIMES, she told us: “Going in, I knew I had a story, but it wasn’t something where I was like, ‘I’m going to go in and tell this story.’ It came out naturally because the conversation was happening, so I felt the need and that it was right to tell my story. I’m glad I did and it was hard to do…

“I hope that people are able to see my strength and hopefully use that as an example. Hopefully me speaking out about that will help one person at least.”

She also spilt the T on the inaugural season of Canada’s Drag Race and how a queens’ placement on the olympics of drag doesn’t “determine who you are as an artist” – you can read the interview in full here.