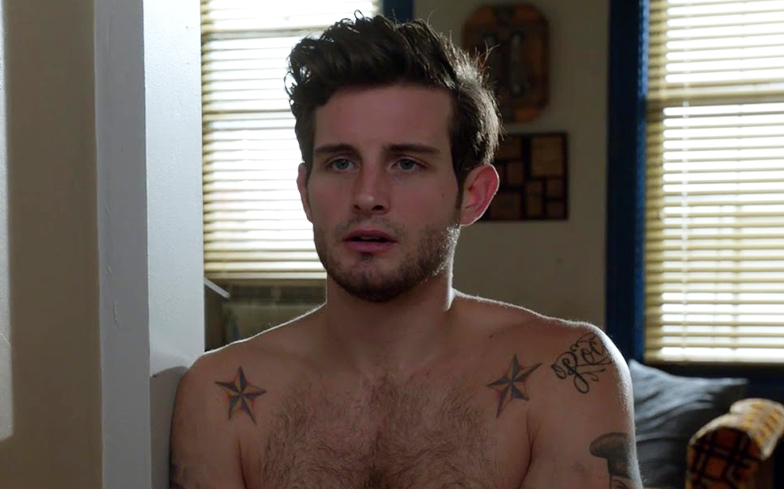 Nico Tortorella has been cast in the lead role for The Walking Dead’s upcoming spin-off series.

The gender non-conforming actor and model will star as Felix for the franchise’s third television show as “an honourable man of his word who isn’t afraid to fight for others’ safety and acceptance”.

Nico confirmed the news on Instagram, writing: “Get ready y’all. This is it. Felix is the one.”

The American actor currently stars alongside Hilary Duff on the TV Land comedy-drama Younger, which was recently renewed for a seventh season, making it the longest running original series in the network’s history.

Their role on The Walking Dead won’t conflict with their time on the series, according to reports.

The untitled spin-off follows the main series – which is scheduled to premiere its tenth season later this year – and Fear the Walking Dead, which has been confirmed to return for a sixth run this Autumn.

During a discussion with Drag Race legend Trinity “The Tuck” Taylor last year, Nico opened up about their gender identity.

“This isn’t actually anything I’ve talked about on a public level quite yet, but I just pretty recently have come to terms with the fact that maybe I’m not fully cisgender,” they revealed.

“What does that mean? The vocabulary for that is so wide right now, and it’s like picking which word fits best. I’m not quite at that stage yet, but I don’t feel one way or the other.”

Nico then said they self-identify with the term “cissy with a C” because it’s “kind of cisgender-ish but a little soft.”

Regarding online trolls, Nico said they receive the “most flack” to their frank discussions on sexuality from “white, cis gay men”. They continued: “The trolls online love to just waste their time pounding away on keys.”