The Simon & Garfunkel Story’s an enjoyable evening of nostalgia – review 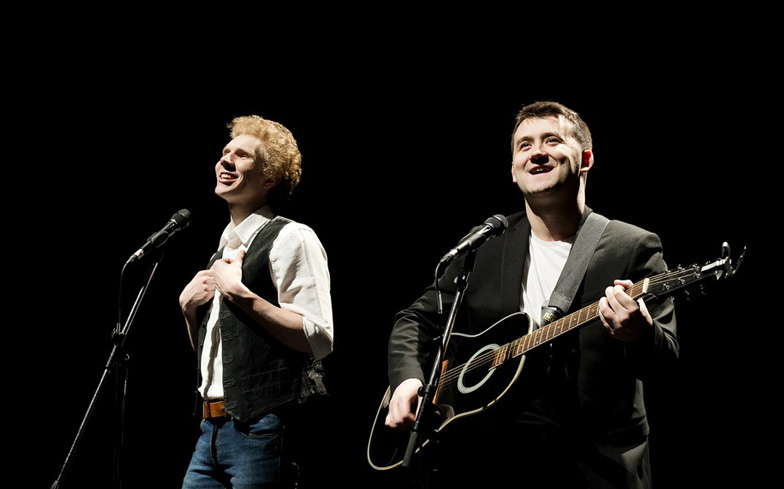 The concert-style theatre production, based on the story of the folk rock duo, has opened at London’s Vaudeville Theatre ahead of touring nationwide.

The Simon & Garfunkel story is an unusual concept. It’s not really a play – there’s very little in the way of a script – and yet it’s not a full-blown tribute concert. While it leans more towards the latter, it doesn’t quite sit comfortably in either camp.

There’s enough here to enjoy, especially for fans of their music. There are numerous big hitters – Bridge Over Troubled Water, Mrs Robinson, The Boxer, The Sound of Silence and Homeward Bound are all present and correct – while there are a handful of deep cuts certain to please the fans. The band has a very high standard of musicianship and the vocals work convincingly well together. We felt the first half was a little slow but things picked up after the interval, with the bigger hits being rolled out and the addition of a brass band ensemble.

Where we felt the show was sorely lacking was in the story element – given it’s in the title, we were expecting an awful lot more. There aren’t any acted sequences – what little script exists is delivered through monologues or conversations – and the snippets dotted throughout really give very little away. All the information presented could have been gleaned from a brief skim read of their Wikipedia page – we’re sure there must be some funny tour anecdotes, or interesting tales about drug experimentation, but they’re not featured here.

As such, it’s hard to imagine who this show’s target demographic is. Even the most casual of fans will already be aware of the limited information presented about their story, and presumably anyone who isn’t a fan probably won’t be interested in seeing a show which is effectively a two-hour tribute concert.

We still had a nice time watching The Simon & Garfunkel Story – it’s a perfectly pleasant and entertaining evening of nostalgia – we just felt like everything felt a bit safe. We’re certain there are more exciting and fun elements to their tale and we’d have liked to have seen a lot more of this.