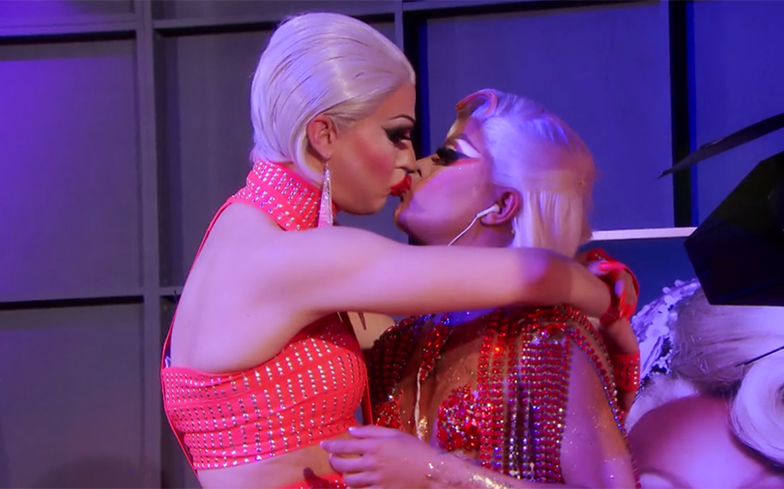 “Get that Vanjie D!”

During this week’s episode of Drag Race Untucked, the budding romance between Brooke Lynn Hytes and Vanessa “Vanjie” Matteo captured the attention of their fellow competitors.

After Vanjie’s critiques for Trump: The Rusical, the queen sashayed into the corner of the room to learn the words for the lip sync, which led to Brooke reassuring her that she wouldn’t face elimination.

When the queens questioned Brooke, she jokingly hit back: “Oh fuck off everyone. I was waiting for this question!” Brooke was then saved from interrogation after guest-judge Tiffany Pollard, the HBIC, surprised the queens to provide them with some sage advice… and to enquire about bikini waxing.

However, she then asked the queens if anyone had formed a romantic connection, and after being made aware of Brooke and Vanjie’s canoodling, she hilariously asked them: “How long has this been going on? You got that itch that need to be scratched?”

A’Keria later said in her confessional: “Miss Brooke Lynn and Miss Vanjie don’t wanna put it out in the streets, cos they still trying to keep it under wraps. But girl, we see ya’ll kissing.”

Drag Race season 11 and Untucked is available to stream on Netflix UK.