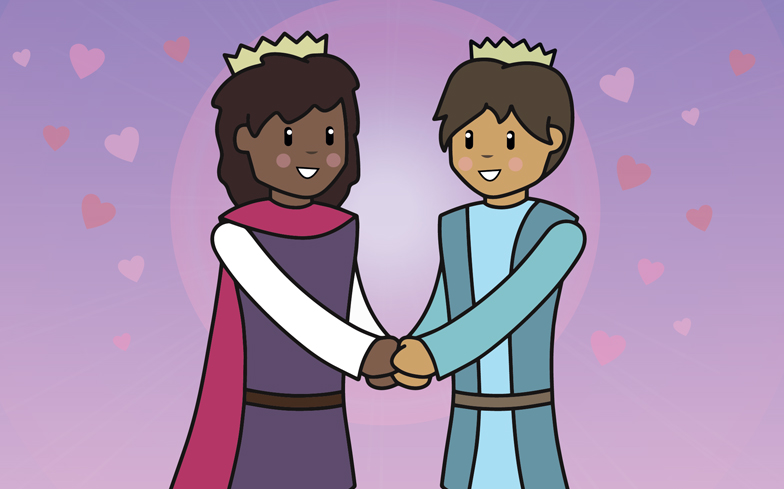 The Prince and the Frog is the latest children’s book from Olly Pike, whose LGBTQ-themed tales are making story time a much more inclusive experience.

The aim is normalise gay, lesbian, bisexual and transgender characters for young readers in a bid to combat discrimination and encourage acceptance and understanding from an early age.

“This reimagining of a classic fairytale helps children understand that love isn’t always between a boy and a girl,” an official description for the book reads. “Starring a prince who was magically turned into a frog and needs to find true love to break the spell, it is a funny, uplifting story that introduces the importance of equality and diversity to children aged 3-7.”

A moment that has been particularly praised in this story is when the prince asks permission to kiss his love, highlighting to children the importance of consent to young readers.

The Prince and the Frog – written and illustrated by Olly himself – is out now and can be purchased here.

As for Olly Pike’s previous publications, they include gay fairytale romance Prince Henry, a transgender take on Cinderella called Jamie, and Princess Penny and the Pea, which is a tale inclusive of disability.

The author is also the creator of Pop’n’Olly – an LGBTQ resource for children, parents and carers.

Earlier this year, Olly released his first song, and in it he inspires children to remain true to who they are.