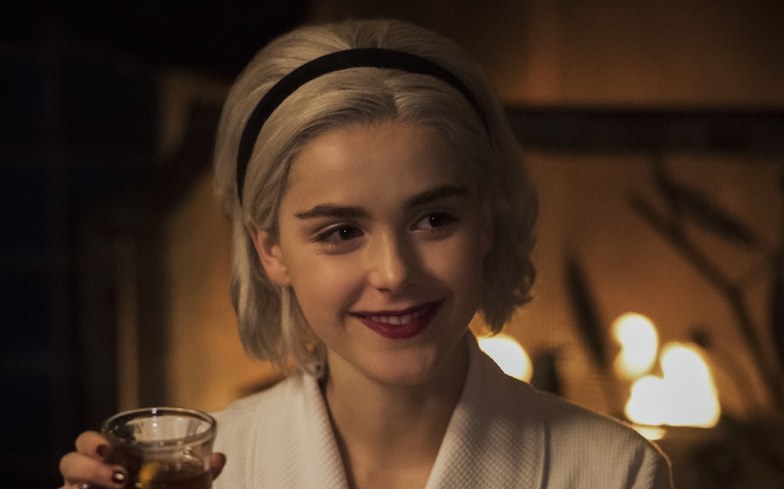 Netflix has unveiled a spellbinding new poster for the second season of Chilling Adventures of Sabrina.

It shows Sabrina standing in between her former beau Harvey Kinkle and Nicholas Scratch while holding the Book of the Beast, which alludes to a major plot point this season.

Will she be torn between her mortal love and the dangerous, yet charming warlock? Appears that way…