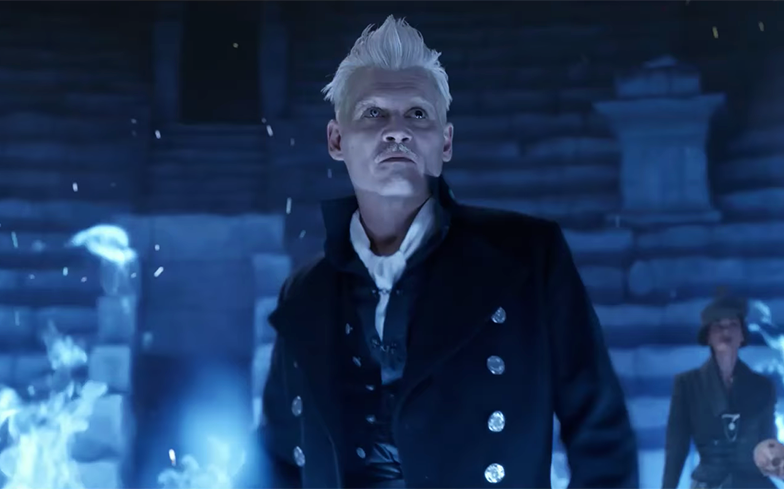 The spellbinding new trailer for Fantastic Beasts: The Crimes of Grindelwald teases the return of a classic villain from Harry Potter.

Nagini – who you’ll remember as Voldemort’s horcrux snake bff – appears in the trailer in human form, played by South Korean actress and model Claudia Kim. Ezra Miller’s character Credence Barebone hisses her name (of course), and she then bends backwards to transform into a serpent.

Elsewhere in the trailer, we return to Hogwarts and see a younger Albus Dumbledore – played by English actor Jude Law – and get a further look at the crimes committed by Johnny Depp’s villainous, tormented character, Gellert Grindelwald.

Oh, and the trailer also alludes to their romantic relationship by showing a tender moment between the two at The Mirror of Erised, which comes as quite a surprise. Back in February, Potter-verse fans hit the roof when director David Yates revealed that Dumbledore will not be “explicitly” gay in the sequel, despite JK Rowling’s claims that Dumbledore’s sexuality will eventually be addressed.

“Well, I can’t tell you everything I would like to say because this is obviously a five-part story, so there’s lots to unpack in that relationship,” she said. “I will say that you will see Dumbledore as a younger man, and quite a troubled man because he wasn’t always the sage. He was always very clever, but we’ll see what I think was the formative period of his life. As far as his sexuality is concerned, watch the space.”

We’re only one movie into the five-film instalment so far. So let’s see where this goes eh?

Watch the incredible trailer below:

Fantastic Beasts: Crimes of Grindelwald is released in UK cinemas on 16 November, 2018.