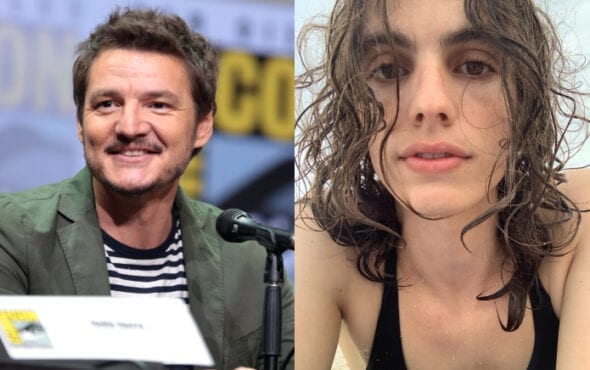 Pedro Pascal has introduced the world to his transgender sister, Lux.

The actor, who currently stars as the title character in The Mandalorian, shared a photo of Lux’s cover for the Spanish-language magazine Ya, where she opened up about her gender identity for the first time.

Pascal wrote in his native Spanish, “Mi hermana, mi corazón, nuestra Lux,” which translates to, “My sister, my heart, our Lux.”

In the feature, Lux said her transition has been “natural” for everyone in the family because it’s “almost something that they expected to happen.”

She praised her brother for his continuous support, saying Pascal has “been an important part of this. He’s also an artist and has served as a guide for me. He was one of the first people to gift me the tools that started shaping my identity.”

When Lux came out as transgender to the actor over FaceTime, she said he “asked me how I felt, because I remember he was a little worried,” but he congratulated her once she told him that she was happy.

“Perfect, this is incredible,” Lux recalled Pascal telling her.

Lux previously came out as non-binary to her family, however she explained that “moving through the world as a woman” is ” more simple for her” and that she still advocates for non-binary identities to “have a space in society”.

Now, Lux – who is studying acting at Julliard in New York City – is aiming to bring positive representation for the transgender community.

She said: “We need trans activists who are good, smart, informed and who can be strong voices against transphobia, homophobia and racism.”

Pascal has recently proven to be an ally of the transgender community with the use of his pronouns in his social media bios, as well as posts in support of the Black Trans Lives Matter movement.