The Haystack is a chilling vision of state surveillance – review 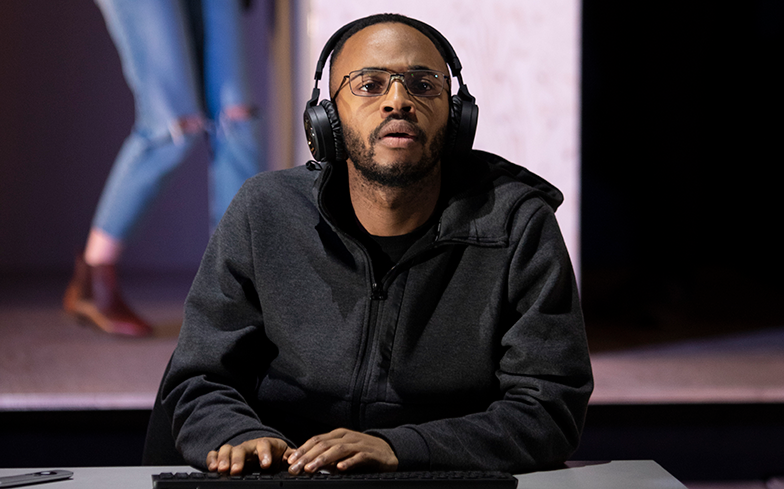 The Haystack is a concept which has real potential. Set largely in Cheltenham at GCHQ, it focuses on geeky hackers Neil (Oliver Johnstone) and Zef (Enyi Okoronkwo) who have been employed by the state to help crack down on terrorism. The idea is that finding a terrorist is like looking for a needle in a haystack – so they set about assembling the haystack (surveillance data for everyone in the country) and developing a system that will help them to identfify the proverbial needles.

It’s evidently a well-researched play. The look and feel of the goverment departments involved, as well as the terminology used, seems authentic. Meanwhile the technology aspects are plausible, and are explained in a manner which is easy for the audience to understand. What doesn’t sit quite so well, however, is a silly and highly improbable love story which emerges from Neil’s surveillance work to locate the source of an information leak.

While we’re willing to suspend our disbelief in the theatre, it’s genuinely hard to imagine a romance like this ever beginning, and as the play unfolds their narrative only becomes progressively more unlikely. It’s a shame as The Haystack works best when it presents a chilling vision of state surveillance and the romantic storyline just seems so outlandish in comparison. The dystopian near-future plot jars with the silly and awkward dialogue of the lighthearted romance narrative – Neil playing out the first date as a videogame cheat code being a particularly cringeworthy moment.

It has plenty of redeeming features – individually there are strong elements. There are a handful of genuinely witty lines, the simple set is used effectively throughout and there are some decent acting performances – Sarah Woodward is particularly enjoyable as the hackers’ boss. But while The Haystack may be a clever concept with a reasonable share of good moments, the execution doesn’t quite hit the mark and as such we can’t wholeheartedly recommend it.