The first trailer for I Know What You Did Last Summer remake is here, and it’s queer as hell 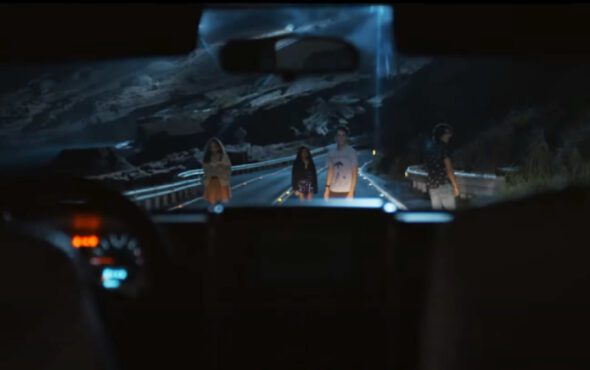 Prime Video has released the first teaser trailer for I Know What You Did Last Summer.

Based on Lois Duncan’s novel of the same name – also the basis of the iconic 1997 film starring Sarah Michelle Gellar, Jennifer Love Hewitt, Freddie Prinze Jr and Ryan Phillippe – the series follows a group of teenagers who are stalked by a “brutal killer” one year after covering up a fatal car accident.

The official synopsis from Prime Video states: “As they try to piece together who’s after them, they reveal the dark side of their seemingly perfect town—and themselves. Everyone is hiding something, and uncovering the wrong secret could be deadly.”

The one-minute teaser shows the brand new generation of teenagers partying at a fancy location and engaging in romantic spats, before being hunted by someone who – spoiler alert! – knows what they did last summer. If you’ve seen the original, you know what to expect.

However, it appears to be a more modern retelling as the trailer depicts a tech-savvy version of the killer as they send threatening text messages, rather than notes, as well as a same-sex romance. Although news of the reboot was met with mixed reviews, it’s refreshing to witness such an iconic series deliver LGBTQ+ representation.

The former failed to attain the same level of success as the first, critically and commercially – which was deserved after Helen Shivers’ unjust death (chase scene was iconic though) – while the latter… we don’t talk about that.

Check out the first teaser trailer for Prime Video’s I Know What You Did Last Summer here or below.