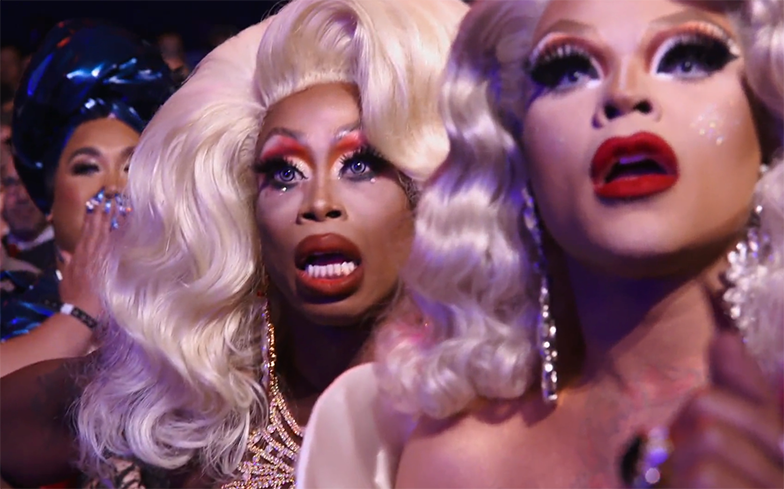 Oh honey, RuPaul’s Drag Race has left us positively cooped, gooped and gagged after that finale.

Because of the bloodshed we witnessed last year from Sasha Velour, Shea Coulee, Trinity Taylor and Peppermint, there was a lot of mother-tucking pressure for the queens to deliver. And did they? Oh Lord… Where do we start?

Before the lip-sync showdown, RuPaul left us gagged when the season one contestants made a comeback on the main stage (minus the ever-zany Tammie Brown) decked out in their finest golden extravaganza.

Shortly after, Mama Ru sat down with the finalists and reminisced on their time on the series, which was then followed by a lip-sync number from the season one and season 10 queens to all of RuPaul’s finest hits, including Champion and Sissy That Walk. Seeing legendary queens such as Ongina, Rebecca Glasscock and Jade without the vaseline filter left us completely snatched.

The final four contestants then returned to the main stage, and with a spin of the wheel, the first battle began. Yep, very ominous. Lip-sync assassin Kameron Michaels chose to compete against Asia O’Hara to Janet Jackson’s Nasty, and, well… it was a bit of a disaster.

Kameron served with choreo as per, and Asia attempted to top Sasha’s rose-petal extravaganza by releasing live butterflies from her wrists and breasticles. We can confirm that ‘live butterflies’ was not a typo. LIVE BUTTERFLIES.

Okay, so this is when it become painful to watch. The butterflies were obviously supposed to fly away, look cute and all that shit, but they just flopped to the ground, writhing in pain. The camera panned to shocked audience reactions (Monique’s was our favourite) and close-ups of the butterflies. Very awkward.

Unsurprisingly, Kameron moved on to the next round and Asia was told to sashay away. She may have not snatched the crown, but she’s undeniably snatched one of the most iconic moments in Drag Race HERstory. So, at least there’s that.

Aquaria and Eureka then performed to another Janet Jackson track – If – and lip-synced the house down. RuPaul deemed their performance fabulous enough to warrant a double shantay, and they both moved on to the final round with Kameron.

While the queens prepared, RuPaul was joined by the first and most recent Miss Congeniality winners – Nina Flowers and Valentina (via satellite) – to pass on the mantle to Monét X Change, after a vote from the season 10 queens.

The top three then returned to the main stage to show off their charisma, uniqueness, nerve and talent for the final time, to Jessie J, Ariana Grande and Nicki Minaj’s 2014 pop anthem, Bang Bang. Despite Kameron’s fierce lip-sync skills, it was evident halfway through that the crown would be given to either Aquaria or Eureka.

With three wins, zero bottom placements, and two killer lip-sync performances under her belt, Aquaria was then announced as the newest addition to the Drag Race Hall of Fame, while Kameron and Eureka settled for joint runner-up.

So squirrel friends, what do we think? Did the finale live up to season nine? Should Eureka have been the first big girl to win the crown? Is Aquaria worthy of being America’s Next Drag Superstar? Let us know in the comments!

The season 10 finale of RuPaul’s Drag Race is now available on Netflix UK.