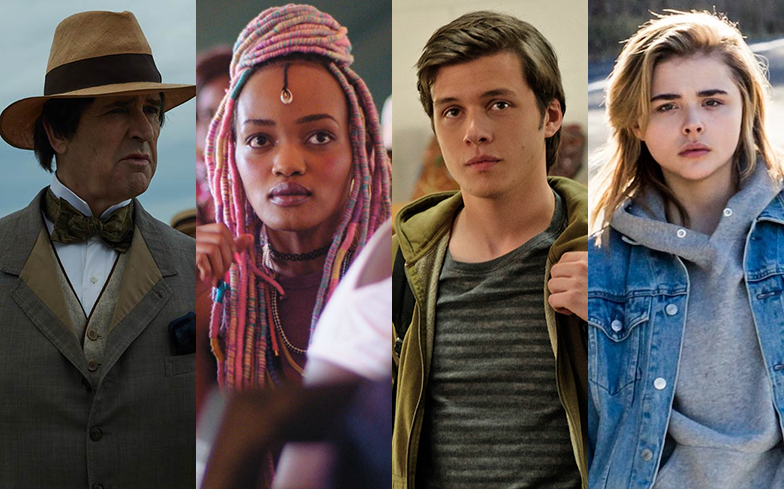 We don’t need to remind you the importance and impact proper queer representation in Hollywood movies can have, and 2018 is been a great year for getting LGBTQ stories and talent into the mainstream.

From the first major movie studio romcom to feature a gay romance at its centre, to a handful of queer stories scooping up film festival awards all over the place, we’ve laughed, cried, sympathised, and felt recognised in a huge array of must-see movies.

Here we’ve listed 10 of the very best queer films to come out of 2018. They’re in alphabetical order because we’re not in the business of ranking films when they’re all this brilliant. We have, however, named our favourite of the year right at the end of the feature.

So get comfortable, grab some snacks, and let the motion picture event that is Gay Times’ 10 best queer films of 2018 begin… French film 120 BPM (Beats Per Minute) followed members of ACT UP (AIDS Coalition to Unleash Power) in Paris in the early 90s as they fought to raise awareness of the HIV/AIDS epidemic, and their attempts to slash through the stigma that surrounded it. Lead stars Nahuel Pérez Biscayart and Arnaud Valois delivered sensational performance as the two lead characters, Sean and Nathan, and their on-screen relationships stands as one of the most heartbreaking this year. Upon release, 120 BPM received universal acclaim from critics, eventually going on to win six César Awards, including Best Film, among many other nominations. Earlier this year, Jim Parsons (The Big Bang Theory) teamed up with Claire Danes (Homeland) for the Silas Howard directed drama, A Kid Like Jake, as two parents who struggle with their four-year-old son’s transgender identity. It may have received mixed reviews from critics, but it’s undoubtedly one of 2018’s most touching queer dramas. The film also boasted a stellar supporting cast with stars such as Priyanka Chopra, Amy Landecker, Ann Dowd, and the incomparable Octavia Spencer, who portrays their son’s preschool principal. Following in the footsteps of the year’s biggest LGBTQ teen movie Love, Simon was never going to be an easy task, and it feels as though Netflix original Alex Strangelove didn’t get the credit it was due as a result. Unlike it’s sugary sweet predecessor, this film was decidedly hornier, following titular character Alex on his quest to lose his virginity – although a realisation about his sexuality puts a spanner in the works. It may not have received the same level of attention as Love, Simon, and it’s hard not to compare the two coming-of-age and coming-out movies, but Alex Strangelove is a cute and relatable popcorn flick for anyone who’s struggled to accept who they are, with a few laughs and loveable moments along the way.

When it was announced that the long-delayed biopic of legendary rock band Queen and their iconic frontman Freddie Mercury would finally be made, fans were naturally concerned over whether the film would get everything right. Fortunately, for the most part, the film delivered on its promise. Some criticised the way Freddie’s sexuality was presented – we even took a deep dive into this ourselves – and were disappointed that the film wasn’t a warts-and-all look into the life of Freddie. But then, realistically, it never was going to be that. What it does do is provide a damn good time for viewers and fans of Queen’s legacy, and remind the world that an unapologetically queer person of colour is responsible for some of the most beloved music in history. Based on Naomi Alderman’s novel of the same name, the Sebastián Lelio directed drama focuses on the forbidden relationship between between two women from an Orthodox Jewish community. Rachel Weisz stars as Ronit Krushka, a woman who returns to her hometown in London after the death of her father. There, she rekindles her romance with her cousin’s wife Esti Kuperman (Rachel McAdams), after being shunned for the same attraction years prior. Disobedience first premiered at last year’s Toronto Film Festival, receiving rave reviews from critics, earning a 93% approval rating on Rotten Tomatoes. The film is Lelio’s English-language debut. He also directed the acclaimed trans drama, A Fantastic Woman, which has been nominated for Best Foreign Language Film at the Oscars. Directed by Ian Bonhôte and Peter Ettedgui, McQueen chronicles the life and work of the legendary fashion designer, who tragically committed suicide in 2010 at the age of 40. He started life as a self-described ‘unremarkable’ working-class boy from East London, but McQueen went on to harness his demons and become a one-man fashion brand, winning four British Designer of the Year awards and CFDA’s International Designer of the Year award in 2003. The documentary received critical acclaim upon release.

Chloë Grace Moretz puts in a career best performance as the titular character in The Miseducation of Cameron Post, conjuring up moments of teen confusion, dejection and forthright certainty with sublime subtlety. Based on Emily M. Danforth’s 2012 novel of the same name, the film cames at a vital time. As the UK government pushes forward to outlaw the type of practice on display here, and more and more states across the US continue to make it illegal, Desiree Akhavan’s film is starkly important, showcasing the unspeakable destruction “conversion therapy” has had on our community, and why we should never let this happen to our LGBTQ youth ever again. Tensions run high when Kena (Samantha Mugatsia) and Ziki (Sheila Munyiva) start a same-sex love affair as they have to hide their affection from the Kenyan locals. Homsoexuality is still illegal in the African nation, and when they are caught they are confronted by an angry mob. However, with this film the fictional discrimination on screen shone a harsh spotlight on the reality queer people in Kenya face when the Kenya Film Classification Board banned its release because of its “homosexual theme”. Director Wanuri Kahiu sued the Kenyan government to get the film released so it could be submitted as the country’s entry for the Academy Award for Best Foreign Language Film. The ban was lifted for seven days and went on to sell out cinemas, becoming the second highest-grossing Kenyan film of all time.

Marketed as the first major studio romantic comedy featuring two gay lead characters and a same-sex love storyline, Love, Simon was a momentous achievement in queer cinema history. Not only did it mark the first time LGBTQ people saw themselves respresented properly in this very mainstream genre, it also proved that yes, queer stories can make a profit too, putting to bed any myths that had previously suggested otherwise. Based on Becky Albertalli’s brilliant novel Simon vs. The Homo Sapien Agenda, the film is bursting full of teenage romance, warm humour, emotion, and the inner turmoil we’ve all faced when coming out to our loved ones. Paired with incredible performances from the diverse and talented cast (that scene with Jennifer Garner’s speech gets us every time), it felt like a real moment not only for the community, but pop culture in general.