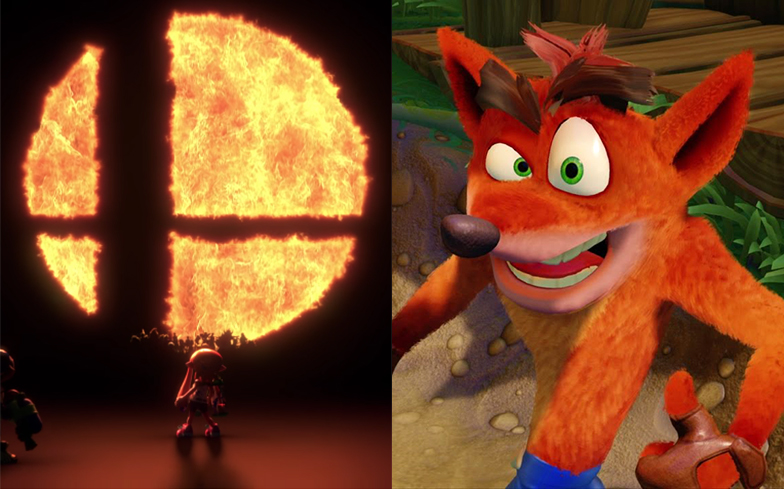 2018 is going to be a massive year for Nintendo fans.

The iconic videogame company’s new console the Switch is already off to a brilliant start, having beaten the Wii U’s lifetime console sales in just under a year, and it looks like things are only going to get stronger.

As part of their Nintendo Direct announcement on Thursday night, the company announced a series of new releases that are on the horizon, but the most hysteria-inducing was without a doubt a Super Smash Bros. game for Switch.

The trailer, which was surprisingly ominous for a Nintendo release, also announced that the Inklings from multiplayer shoot-em-up Splatoon would be joining the fight.

Another surprise announcement came in the form of PlayStation icon Crash Bandicoot, who’ll be making a rare appearance on a Nintendo console when the Switch gets the N. Sane Trilogy on July 10.

The new collection contains remastered versions of all three original Crash Bandicoot games, which were first released exclusively on the PlayStation One back in the 2000s.

It will also be released on Xbox One and Steam.

Other games announced during the Nintendo Direct include indie cult classic Undertale, a remaster of Okami, the latest South Park game, a Switch port of Captain Toad: Treasure Tracker, and a 3DS remake of Luigi’s Mansion.

You can watch the full Nintendo Direct below.