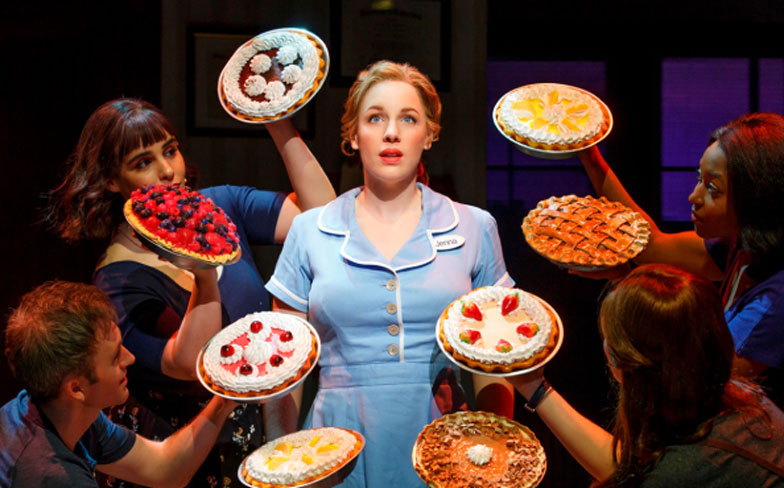 Sara Bareilles and Jessie Nelson’s Tony-nominated musical will make its London premiere in 2019.

Playing the Adelphi Theatre from February, the show – based on the hit movie starring Keri Russell – is brought together by Broadway’s first all-female creative team including director Diane Paulus.

Related: Kelli O’Hara on The King and I, homophobia on Broadway, and being a 13 Reasons Why regular

The show notes the life of a young woman in a loveless marriage who is a key baker and longs to put her talent to good use. But her plans as quickly put on halt when a baking content and a new doctor brings an unexpected arrival…

“I cannot contain my excitement that we will be bringing Waitress to the West End,” Sarah Bareilles said of the show opening in London.

“We are so proud of this beautiful show, and can’t wait to share the story of Jenna with a whole new audience and welcome them into the world of Waitress with open arms and plenty of pie.”

We’ve got some sweet news! Broadway’s smash hit musical Waitress is coming to London in February 2019. To sign up for more info about #WaitressLondon, visit https://t.co/woXdpCXdOk pic.twitter.com/xHwY9iU896

The musical opened on Broadway in March 2016 and starred Jessie Mueller as Jenna. Casting for the UK production of Waitress is yet to be announced.