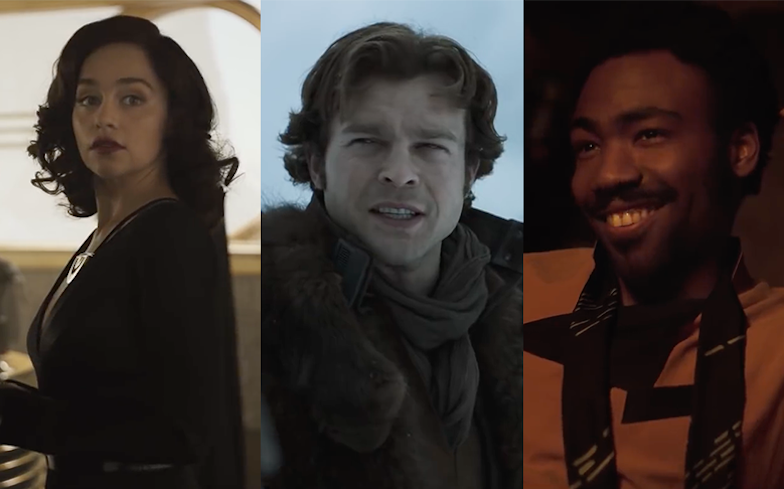 “I’m gonna be a pilot… the best in the galaxy.”

A short teaser for the upcoming Han Solo prequel aired during last night’s Super Bowl, and now – to the elation of Star Wars everywhere – we’ve been blessed with the first full, action-packed trailer.

The trailer provides backstory for one of cinema’s greatest icons, showing off a less haggard Millennium Falcon, Donald Glover as Lando Calrissian, Chewbacca, and Emilia Clarke’s mysterious/kick-ass new character – the latter of which we’re most excited about.

In the voiceover, Solo says he’s been running scams on the streets since he was 10, and was kicked out of the flight academy for “having a mind of my own”, adding “I’m gonna be a pilot – the best in the galaxy”.

Woody Harrelson’s character tells Solo that he’s putting together a team, to an enthusiastic roar from Chewie.

Watch the thrilling trailer below…

Solo: A Star Wars Story hits theatres 25 May, and is directed by Ron Howard.

It is the second instalment in the Star Wars anthology series after the widely-acclaimed Rogue One, which grossed over 1 billion worldwide.

The last film in the Star Wars franchise, The Last Jedi, was released last December to rave reviews from critics, receiving four Academy Award nominations, as well as 1.3 billion in ticket sales.