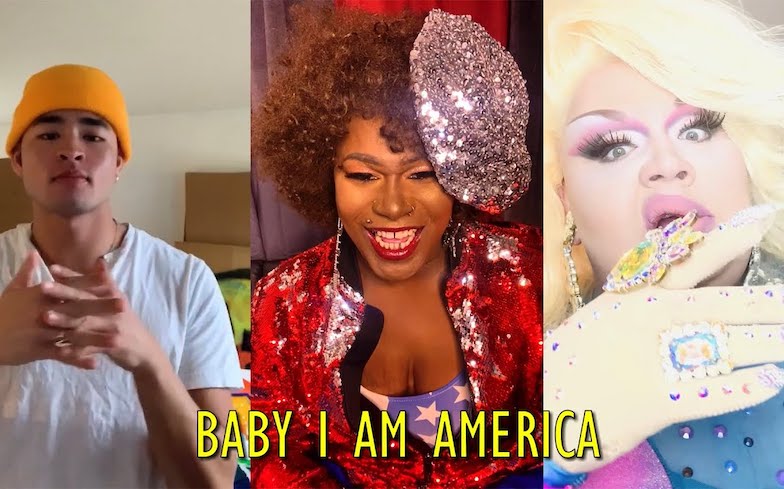 (You can watch the first episode of the sickening series for free on YouTube.)

It’s the queer celebration we need and deserve in a Trump and coronavirus-dominated world. More of this content please!

In a statement, Shea said of the infectious dance anthem: “With Covid19 and social distancing the world is divided and the LGBTQ+ community is silenced during one of the most important elections of our lifetime.

“At a time when our rights and our very existence are constantly under attack, #iamamerica sends a clear and direct message that we are here, we are trying to thrive and survive like anyone else.”

“No matter what anyone says we are just as American as mom’s cherry pie.”

Justin added: “The declaration of Shea Diamond, a black trans woman, saying I Am America makes me so emotional. Yes we co-wrote a party anthem filled with joy, but that simple sentiment still brings tears to my eyes.

“And the diverse folks that participated in the video only furthers that sentiment. We Are America.”

I Am America is now available on iTunes and Apple Music. Watch the star-studded music video below.