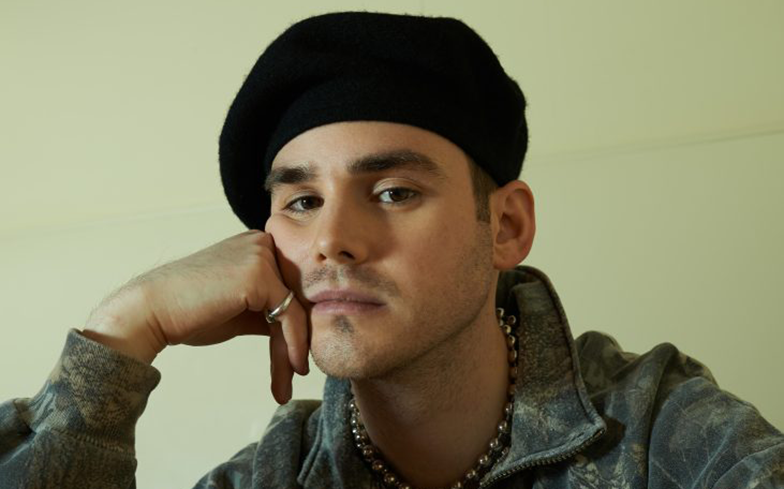 Sam Bluer has released his first bop of 2019.

On dance-pop anthem Naughty, the Aussie singer-songwriter ‘loses control’ and fails to keep his promise to a love interest by dancing up on the body-ody-ody of somebody else. Ye, naughty.

“Nights like these, I don’t think of you,” he sings on the track. “He makes me feel things I shouldn’t do. Left you waiting up in my room, I’m not coming home tonight. So sorry, it’s not your fault but I’m up on his body, about to do you wrong.”

“Naughty came about from a writing session with Aus artists Muki, Phebe Starr and producer Sam Sakr and we wanted to write something unique but also very me,” Sam told us of the pop banger.

“We were speaking about pop songs that have influenced our sounds or stayed with us through years of music and someone said Call Your Girlfriend by Robyn. From there we all collectively decided to write a song from the cheaters perspective we thought it would be intriguing to explore the other side of being cheated on.

“We wanted to delve into the idea of self sabotage and being self destructive and really the thought process of someone who cheats. It’s all fantasy but we thought it would make a good pop song.”

Sam added: “I think it’s important to hear different perspectives and do something different in pop these days.”

Naughty follows Sam’s previous pop anthems Shift, Body High and Bite My Tongue, the latter of which was one of our favourite songs of 2018 (listen to it here, it’s pop perfection).

“There’s definitely a lot more music coming from me,” he continued. “I’m so excited for people to hear my next singles. They’re a lot more vulnerable and show a completely different side me that I’m excited for supporters of mine to hear.”

Listen to Naughty below.

When we spoke to Sam last year, he said it’s important for him to showcase LGBTQ stories in his art.

“I think for me, I’m very aware of the privilege I hold in being a white gay male, and I think it’s important that I make sure to speak about knowing my privilege as well,” he told us over the phone.

Sam continued: “If that video [Body High] can show anything, it’s that there are places in the world and there are people in the world that will be accepting of everyone.” Read the full interview here.