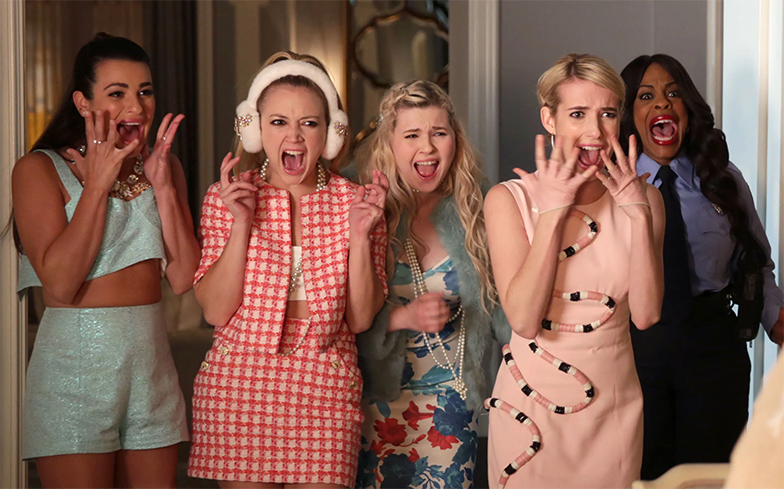 It’s what we deserve.

Well, it seems that our prayers may have just been answered, as Scream Queens creator and TV mastermind Ryan Murphy (American Horror Story, Glee, Pose) has appeared to confirm that that he’s working on a follow-up.

Replying to a comment on Instagram calling for the show to be revived on Netflix – the streaming service Ryan recently signed a deal to produce exclusive content for – he simply wrote: “Working on that!”

That little teaser has opened the floodgates, as the comment sections on all of his recent Instagram posts are now full of Scream Queens fans celebrating. “IT BETTER BE TRUE,” wrote one follower, while another added, “Thank you so much king I love you.”

Others took to Twitter to share their joy at the apparent confirmation, and relive some of their favourite scenes from the show.

It’s not the first time Ryan has addressed fan demand for a third season of Scream Queens – early last year, he shared his thoughts on the potential revival and confirmed that stars Emma Roberts, Billie Lourd and Lea Michelle were all on board.

“So many people recently have been asking me about rebooting or continuing SCREAM QUEENS,” he wrote at the time.

“Emma, Billie, Lea and I have mused on it, but question: should it be a six episode limited? A catch up movie? Who should I bring back? Would love your thoughts. So many questions…”

We’d also like to highlight that Ryan recently followed Ariana Grande on Instagram, making her the only other person he follows apart from his husband David Miller.

Ariana appeared in the first season of Scream Queens as Chanel #2, although she didn’t last long before being killed off. Are we about to see her return somehow? Or is Ariana headed for American Horror Story instead?

We’ll keep you posted as soon as we find out more.