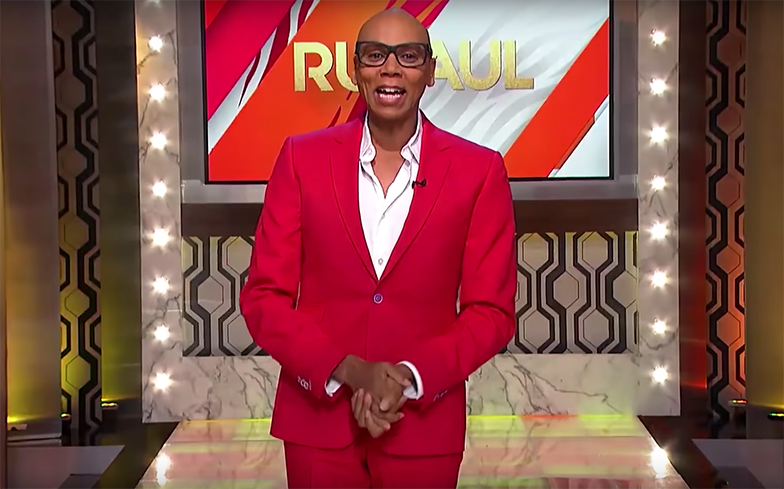 Described as a “modern take on the format”, the series followed RuPaul and his “distinctive voice, exceptional interview skills, passion for helping others and inclusive brand of humor to broadcast television” as he conducted celebrity discussions.

It received a three-week trial run on Fox over the summer and included RuPaul’s Drag Race judges Michelle Visage and Ross Mathews as Ru’s co-hosts, as they welcomed guests such as Paula Abdul, Iggy Azalea, Ciara, James Corden and Adam Lambert.

A representative for Warner Bros. declined to comment, but a source close told TVLine that RuPaul is not moving forward.

Last year, Ru told Entertainment Tonight: “I’ve been in show business for a long, long time. You do a lot of projects. Most projects do not work, which is fine. Some do, some don’t. You just go in and you do your best and you see what happens.

“If it works, great. If it doesn’t, that’s OK! But I’m having a great time. There’s so much divisiveness in the world right now. I wanna be part of the mending of that. The talk show is part of that, Drag Race is a part of that. I believe in kindness.”

This month will see the debut of his Netflix series, AJ and the Queen, in which he stars as Ruby Red, a drag queen who travels across America in a rundown RV from the 90s accompanied by a wise-cracking 11-year-old orphan called AJ.

VH1 has also ordered a 12th season of Drag Race, a fifth season of All Stars and RuPaul’s Celebrity Drag Race, a four-episode mini-series which see the return of former legendary contestants as they transform household names into drag superstars.

Oh and don’t forget: a second season of Drag Race UK has been confirmed. Check out our dream cast here.

Related: Here’s where you can watch Drag Race season 12 and All Stars 5 in the UK.