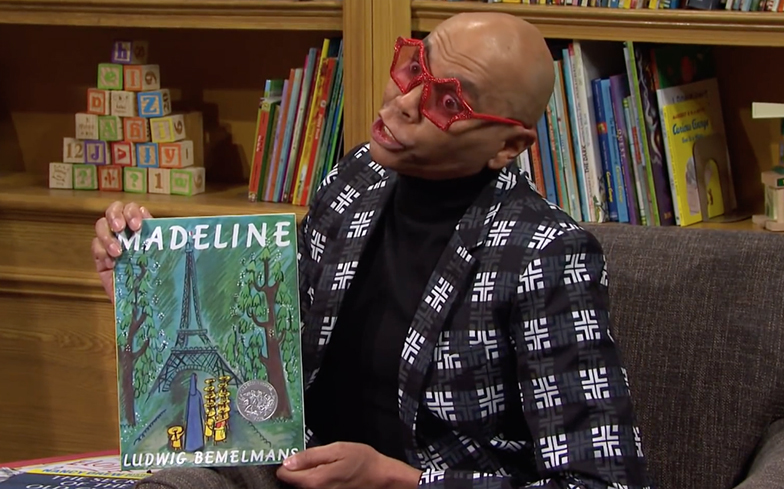 The library is open… officially!

During his historic debut on Saturday Night Live over the weekend, Drag Race legend RuPaul took part in a sketch that saw him stop by a library to read books to children – although we get the feeling he had the wrong definition of ‘reading’ in mind.

Looking at The Hungry Caterpillar, Ru says: “Ooh, child, this girl is shaped like a BMW… body made wrong. And what’s up with your foundation? Why you look so orange, and your body is green? Girl, pop off!”

Madeline’s cover gets some shade too, as Ru jokes: “I have bad news child, the Eiffel Tower is not in the woods. Girl you better draw France right, bitch! Somebody trying to act like they’ve been to Paris. Child, you ain’t ever been there, girl!”

The whole thing leaves one parent asking, “What is happening?” – but if we’re being honest, this is better than any trip to the library we’ve had.

Watch the hilarious sketch below.