Riverdale star Madelaine Petsch says her character “is a lesbian” 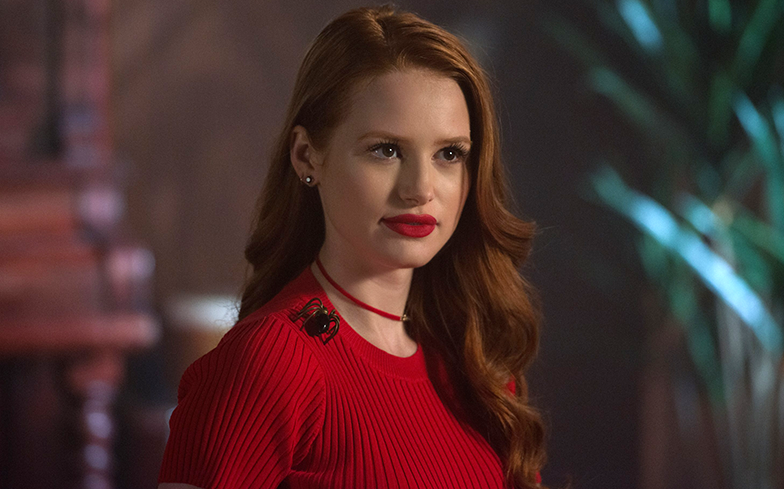 Madelaine Petsch has opened up about the sexuality of her character on Riverdale.

The hit TV series, which is based on characters from the iconic Archie Comics, is known for providing plenty of adorable couples for viewers to obsess over, but none gets us more excited than Cheryl Blossom (Petsch) and Toni Topaz.

Earlier this year, Petsch told fans in a Q&A that she considered her character to be bisexual.

“Cheryl is definitely interested in both women and men,” she admitted.

“I think you’re gonna see a lot more of her figuring out who she is.”

However, in a recent Q&A (14 November), Petsch said she considers Cheryl to be a lesbian woman.

“I’ve actually been talking to Roberto [showrunner] about it a lot and I think we’ve kind of figured out that Cheryl is a lesbian,” she explained. “This is definitely who she is as a person.”

Throughout its run, the teen drama has received highly positive reviews for its portrayal of LGBTQ characters, with its depiction of a gay romance in its first season, and the coming out of a major character in the second.

Earlier this year, the show also shined a light on the torturous methods of gay conversion therapy.

However, some fans were divided, and criticised the show for punishing one of its only LGBTQ characters.

Lead actor KJ Apa also showed his support for the LGBTQ community when he slammed former rugby captain of the Australian Wallabies, Israel Folau, for claiming gay people will go to hell if they don’t “repent their sins”.

“Very disappointing comments, our role as Christians is to LOVE not judge,” said Apa. “What gives you the right to condemn? Are you perfect? Sit down.”

Riverdale is available to stream on Netflix in the UK.

Related: Watch KJ Apa make out with another man in this Riverdale teaser.