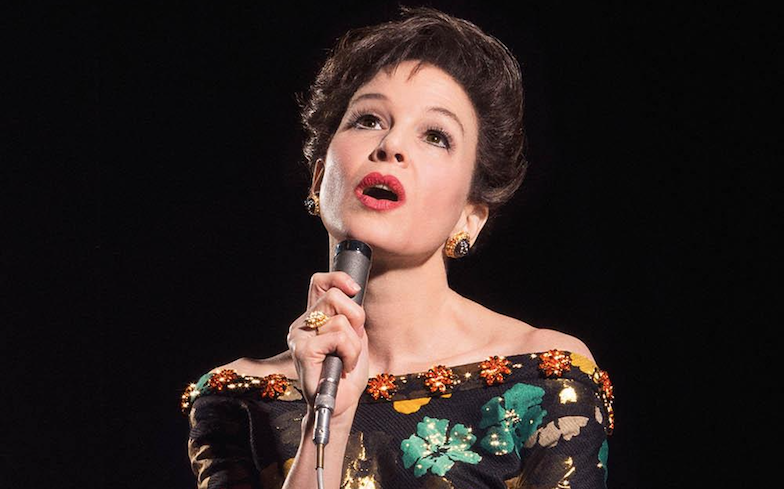 Directed by Tony nominee Rupert Goold, the film will pay particular attention to the LGBTQ icons final concerts in London.

The first image of Renée Zellweger as Judy Garland has led to praise from fans and critics for the incredible and uncanny transformation.

Set in winter 1968, the Path and Calamity Films biopic will take place 30 years after Judy took a trip to the Emerald City as Dorothy in the iconic and groundbreaking movie, The Wizard of Oz.

Jessie Buckley, Finn Wittrock and Michael Gambon will also star in the biopic, and it will be directed by Tony nominee Rupert Goold.

Zellweger has proved in the past that she sing and dance, when she earned an Oscar nod for her role as Roxie Hart in the 2002 film adaptation of Chicago.

She also won the Academy Award, the BAFTA Award, the Golden Globe Award, and the Screen Actors Guild Award for Best Supporting Actress for her role in the epic war drama Cold Mountain, so we think Judy is in safe hands.

This isn’t the first time we’ve seen this specific part of Judy’s life played out. Hit West End and Broadway musical End of the Rainbow – with British actress Tracie Bennett in the leading role – also featured signature songs by Judy.

Until Renée Zellweger slays us in this biopic, here’s the original star herself singing the song that changed her life, and all ours, forever…

Related: On Judy Garland’s birthday, we talk to Lorna Luft about the lasting memory of her iconic mother