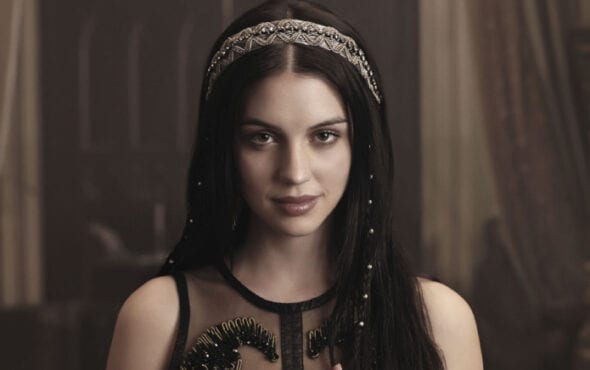 Adelaide Kane has come out as bisexual.

The Australian actress, known for roles on Reign and Teen Wolf, came out to her TikTok followers over the weekend with a video captioned, “This has been sitting in my drafts for weeks.”

To the beat of Michael Buble’s Haven’t Met You Yet, Kane can be seen in a state of flux as “me super nervous to come out publicly as bisexual to the people in my life on social media” hovers over the screen.

The video then cuts to Kane entering the room with “my friends, family, the TikTok algorithm and my Twitch chat” superimposed on the video as she mouths the lyric, “I’m not surprised.”

She later shared the video to her Instagram feed with the caption: “Spoiler alert: I’m not straight.”

Kane’s coming out was hailed by fans as “a win” for queer women.

One of her TikTok followers wrote: “It’s so comforting that the person responsible for my bi awakening just came out as bi.”

Another said: “Thank you for your courage, every time someone shows who they really are I feel like the world becomes a better place.”

Kane rose to fame in 2007 as Lolly Allen on Australian soap Neighbours, before starring as Cora Hale on supernatural teen drama Teen Wolf (2013). In the same year, she landed her biggest role to date as Mary, Queen of Scots on Reign.

She can next be seen in the sci-fi blockbuster Cosmic Sin, which also stars Bruce Willis, Frank Grillo and Luke Wilson. It is due for release 12 March.

@realadelaidekaneThis has been sitting in my drafts for weeks 😅

♬ I am not suprised by Michael bubbles – Mick Gilbert