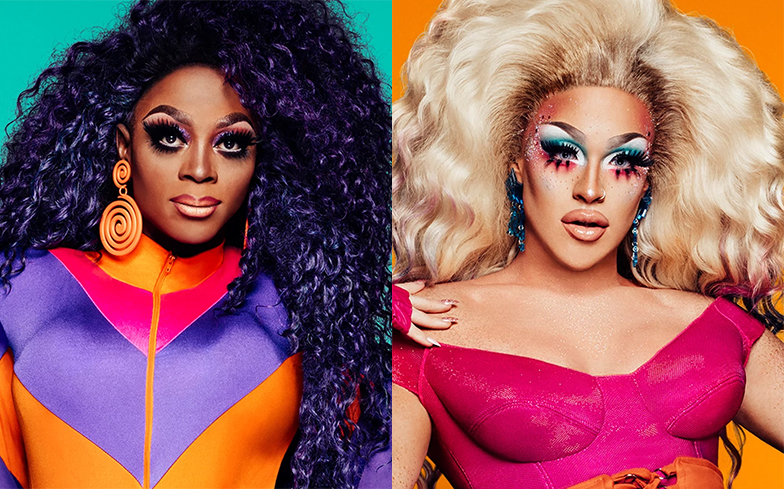 There was a bit of drama on last week’s episode of RuPaul’s Drag Race, which came as a massive shock to everyone considering this is a show about drag queens competing for a cash prize of 100,000m doollahz. A shock!

For the show’s signature makeover challenge, six previous contestants from the season ru-turned (not for their ru-venge, sadly), and were paired up with each of the remaining queens to be transformed into their drag family member.

Ariel Versace – who was eliminated in 11th place – was teamed up with Vanessa Vanjie Mateo, and upon returning, discovered that the wigs she left behind had in fact been claimed by her competitors. Eyes quickly fell onto Ra’Jah O’Hara, for some reason.

Following the episode, Ra’Jah decided to make it clear that she was not in fact the culprit, writing on Instagram alongside a sickening photo: “MUG! And to fully answer any questions you may have, NO – not Ariel’s wig.

“ALL my drag is MY DRAG! I’m not a thief, nor will I ever wear any of her hair #period.”

Aren’t you glad that’s all cleared up? Can we move onto next week? Great, because it’s tonight. For this week’s maxi-challenge, the queens have to write and record a verse in a performance of RuPaul’s brand new single Queens Everywhere.

Will it top Read U Wrote U? Kitty Girl? American? Tune into VH1 this Thursday to find out, and to see which queens reach the coveted top four – watch the preview below.


Related: BenDeLaCreme reveals the real reason why she left Drag Race All Stars 3.