Queer Eye season 2 on Netflix: Start date, cast, teaser and everything else we know so far 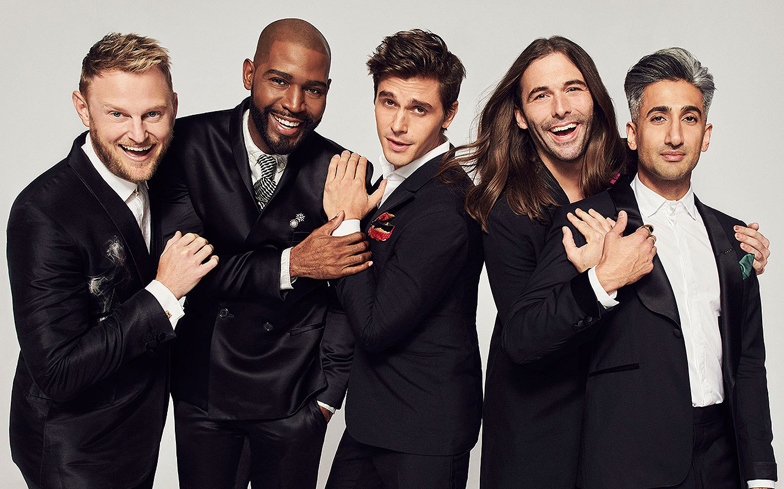 After the phenomenal success of Netflix’s reboot of Queer Eye earlier this year, they had no choice but to offer another run for the feel-good reality series.

Viewers across the globe fell in love with the Fab Five as they travelled through small towns in Georgia giving sound advice and makeover tips to men who wanted to make a change in their lives.

“It’s a fraught political and cultural moment in the country right now,” ITV Entertainment president David Eilenberg said ahead of the series’ premiere. “And something that works so well here is showing that communication across cultural lines is still possible.”

The sentiment connected with viewers and Queer Eye became arguably bigger than its original iteration, Queer Eye For The Straight Guy, which aired between 2003 and 2007.

So with such a passionate fanbase eager to find out when, where and how they can watch the second series of Queer Eye, we round up all of the details we know so far about its highly-anticipated return. Queer Eye season 2: When is the start date?

You’ll be glad to hear that the second series has already been filmed, and the episodes should soon be ready to go.

Netflix confirmed to Gay Times that the series will be available to stream later this year, meaning we have mere months to wait.

Get ready for another Queer Eye binge-fest, hennies!

Queer Eye season 2: Will the cast be the same?

Considering the overwhelming positive response the Fab Five received after the first season of Queer Eye, you can bet your bottom dollar all of them will be back.

The production company decided on these five from a huge audition process which consisted of over a hundred men, so they’re not going to start getting rid of anyone soon.

Speaking to the show’s resident food and wine guy Antoni Porowski for his Gay Times cover shoot, he loved the idea of more members of the cast joining who come from different parts of the LGBTQ community.

“I’m thinking right now what other categories can we include, because I certainly wouldn’t want to kick off any of the members we already have on the show,” he said. “It would open us up to more conversations. I see that only as an asset, because any opportunity that we have… I’m sort of starting to understand the power of this public platform that we’re on, and the responsibility that comes with it.

“If we have an opportunity to tell more stories, then that’s only a good thing. We can teach people. The more we get to know people on a personal level, the less afraid that we are.”

While we may not get a transgender gardner, or a lesbian spiritual guide for season two, there’s nothing to say that future seasons couldn’t see the core team expand. Queer Eye season 2: Who will the heroes be in the new episodes?

A big part of the success of Queer Eye’s first season were the heroes the Fab Five visit to help out. From Tom’s on-off relationship with Abby, to AJ’s emotional coming out scene with his stepmother, their stories were at the heart of the show.

So what can we expect from the next batch of heroes?

According to the guys in multiple interviews, there will be much more diversity when it comes to the heroes in this new batch of episodes.

“What I will say is that I’m going to continue to do what I’ve been doing,” Antoni told us. “It’s really customised to each hero. This is a show about inclusivity and we’re going to see more of that.

“I’m always fascinated by people’s heritage and cultural background – especially being raised in Montreal, which is such a multicultural city. I always love to know about those recipes that you had growing up that your grandma made.

“So I kind of get to explore people’s past, and how they can bring that up. Respecting tradition, and also just learning about it as well. I learned a lot more in season two, than I did in season one. I hope that continues.”

In our interview with culture expert Karamo Brown earlier this year, he also suggested who he’d like to see in the show going forward.

“I’d want to immediately get women involved, and the trans community,” he told Gay Times. “Those are two things I’ve already sent to producers. All of the Fab Five have suggested it.” Queer Eye season 2: Where will it be set?

While we have no confirmation on where the new episodes of Queer Eye will be set, considering the seasons were filmed very quickly after one another, we’d assume that for the upcoming run the Fab Five will still be operating out of their loft in Atlanta.

That being said, show creator has suggested Ohio as a potential destination for a future season.

“I’m from Cincinnati, Ohio, born and raised,” he told Indie Wire. “I would like to go the tristate region, Ohio, Indiana, and Kentucky, because you can base in Cincinnati and go across the bridge to Kentucky and go up the interstate to Indiana. The corn-fed midwestern folk are where I’m from — and I love actually being from Ohio, it’s a great place to be from.”

Elsewhere, Antoni has mentioned Chicago as a possibility for future episodes, while Karamo fully backs a trip to Tan’s home country of the United Kingdom for a few episodes further down the line.

Queer Eye season 2: Is there a trailer yet?

We’re sorry to break it to you honey, but there isn’t yet. The only thing Netflix have released is this very brief teaser, but it doesn’t contain any new footage.

We have a feeling that new trailer is around the corner though, so watch this space.