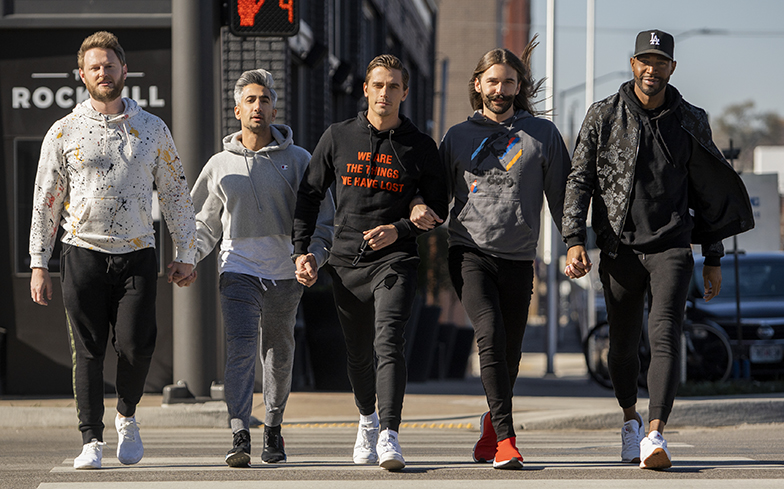 The first trailer for Queer Eye’s highly-anticipated fourth season has finally been released.

The fourth instalment will make its Netflix debut on 19 July, and will see the team (Jonathan Van Ness, Bobby Berk, Antoni Porowski, Karamo Brown and Tan France) continue their journey through Kansas City.

One of the participants this season has a former connection with the Fab Five. In the trailer, Jonathan returns to his high school where he assists his former orchestra teacher, Kathi Dooley. “Try not to cry, try not to lose it,” he tells viewers.

Watch the emotional trailer for Queer Eye’s fourth season below.

Later this year, the gang will intertwine with Japanese culture for four special mini-episodes, which will see them transform the lives of four Japanese men and women from different cultures and backgrounds.

David Collins, creator and executive producer of the series, said: “In just a year since we launched season one, Queer Eye has become a global phenomenon once again and the Fab Five are truly the ambassadors of self-care and compassion that the world needs now more than ever. Filming in Japan is a wonderful opportunity for us to work with four deserving heroes that will help showcase the incredible traditions and customs of their country.”

All three seasons are available to stream worldwide on Netflix.

Related: Queer Eye’s Tan France will be going on a UK book tour.