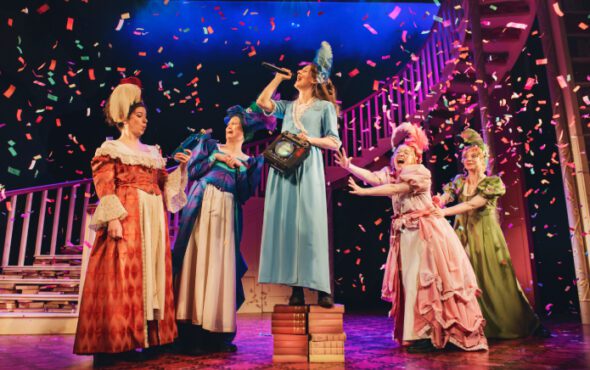 Scottish playwright Isobel McArthur stars in and co-directs her play at the Criterion Theatre, which has transferred to London following a hit run at Glasgow’s Tron Theatre.

On paper this sounds like the most wonderful show we could imagine: an all-female karaoke musical retelling of Jane Austen’s blueprint rom-com, bringing the 19th-century text kicking and screaming into 2021. It’s all told from the perspective of five young servants – because why should the main characters hog the limelight all the time? – chopping and changing between all the novel’s protagonists at lightning pace, spinning in and out of costumes, all while providing the entire musical accompaniment. What’s not to love?

All five actors turn in commendable performances, but we wanted to focus on a couple of genuine star turns. Writer Isobel McArthur appears as both the delightfully mardy Mr Darcy and the calculating and amusingly coarse matriarch Mrs Bennett. She has most of the biggest punchlines and delivers some wonderful sight gags, too. Hannah Jarrett-Scott doubles as both the awfully brash Charles Bingley and his equally terrible sister Caroline, raising plenty of giggles in both roles, and throws in a third part – as Elizabeth’s friend, Charlotte – for some tonal variety. She is universally excellent playing all parts.

It’s a show full of physical comedy – we’re not always huge fans of an over-reliance on this, but most of the gags land well. Whether actors are retreating from the front of the stage to create the illusion of distance, or water is being sprayed to create a deliberately-unconvincing rain effect, or microphones are amusingly concealed within props – each joke is delivered with superb comic timing and a knowing smile. It has a very silly sense of humour, often laden with crass innuendo. Characters say that they just love balls… the type they dance at. Protracted jokes are made about riding… horses, that is. It’s not big or clever, but works surprisingly well. 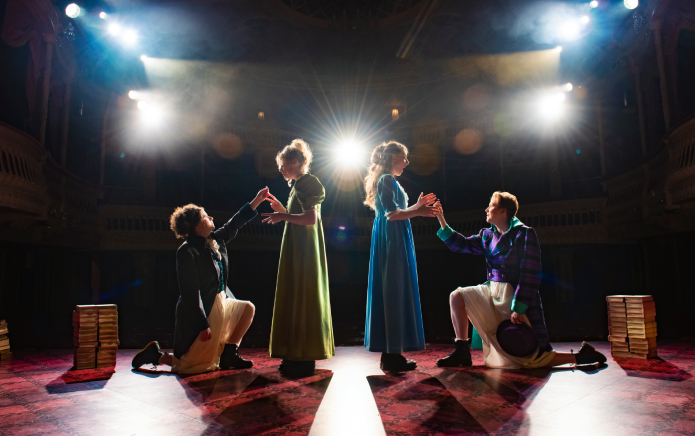 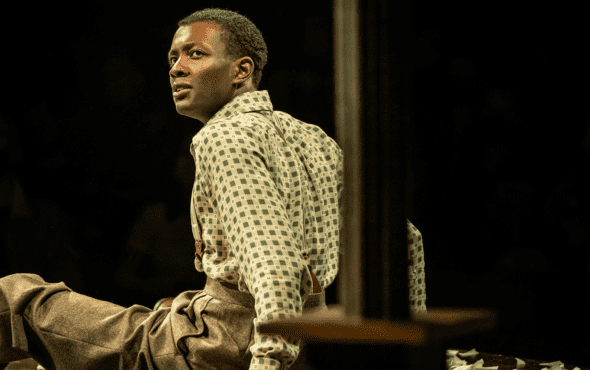 The real surprise, however, was just how much we still bought into the central love stories. For all the crude and crass dialogue, the show still genuinely really moved us in places. There are plenty of poignant and tender moments. We invested in their narratives and cared for them; we wanted to see how Elizabeth’s and Jane’s stories would turn out.

We were thoroughly entertained by Pride and Prejudice* (*sort of). Is it perfect? No – it’s a bit too long; while act one moves at a fair pace, the second half could have benefited from some trimming. Not every joke lands, and while there are a handful of musical highlights, we’d have appreciated a few more scattered throughout. But it doesn’t matter – we had a wonderful time at this joyous karaoke musical, and we’re sure audiences, whether fans of the novel or not, will enjoy it too. Well worth a visit.