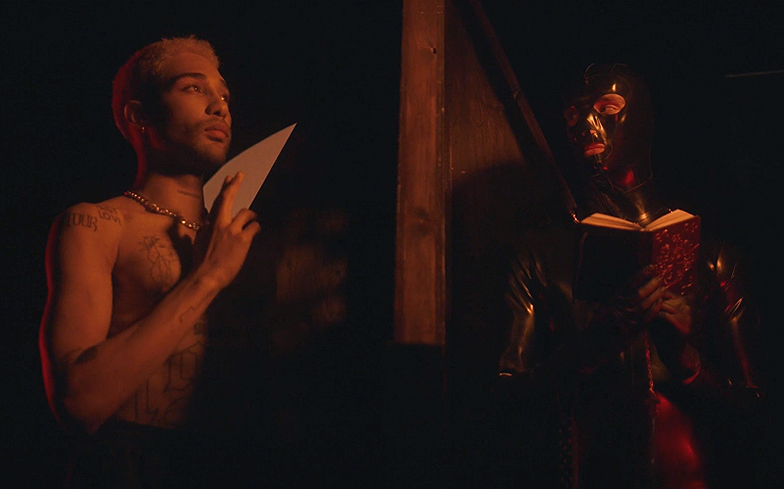 Following on from last year’s debut single CXNTOUR – which we described as a “bone-rattlingly powerful future queer anthem” – the up-and-coming rapper is premiering his new music video right here with GAY TIMES.

James explains that because he comes from a strict working-class Catholic background, he wanted to incorporate religious imagery related to this into his video, to juxtapose against the explicit themes that come later on.

“In this song, I wanted to embrace my sexuality and talk openly about sex without fear,” he says.

“The beginning of the video is a play on Adam and Eve, except this time it’s Adam and Steve. Me and the guy ‘sin’ and bite the apple. Then the video starts and I’m confessing my sexual desires.”

Watch the video for Daddy’s Coming Home here or below.