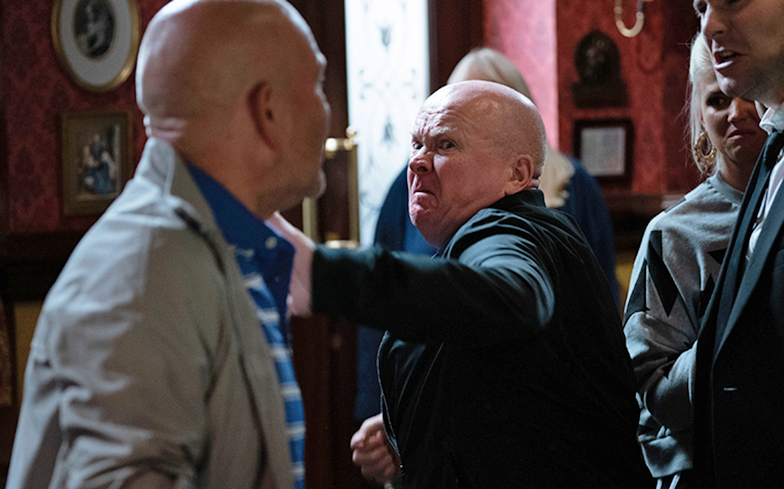 After struggling to come to terms with his son Ben’s sexuality, longstanding EastEnders character Phil Mitchell has been branded a ‘gay icon’ by viewers after punching Jonno Highway for using a homophobic slur.

On Tuesday (1 October) night’s episode of the BBC soap, viewers were shocked by Jonno’s reaction after his son Callum came out as gay in front of everyone in the Queen Vic, leading to an explosive showdown.

“It’s him that’s turned you into one of them! A disgusting muck-loving faggot,” Jonno said, referring to Ben.

But Phil was in no mood for Jonno’s homophobia, and he quickly delivered one of his signature right hook to the face, knocking him to the ground, much to the delight of the regulars in the pub – watch a clip here or below.

Even better, EastEnders broke tradition and delivered a happy ending (for now) as Ben agreed to go on a date with Callum after the two shared a cute kiss while ignoring Jonno’s homophobic comments, with fans of the pair dubbing them ‘Ballum’.

Viewers took to social media to praise the scene, calling Phil a “gay icon” and even getting #PhilMitchell trending.

Phil Mitchell on the cover of Gay Times Magazine? We’re on it.