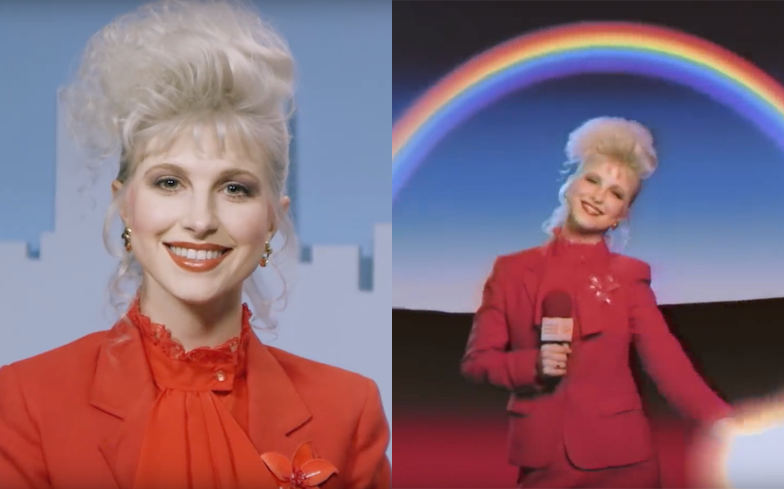 Rose-Colored Boy is the fourth single from the band’s fifth studio album, After Laughter.

American rock band Paramore have continued their trend of releasing upbeat, vibrant videos for their “sad-pop” anthems, and the latest is one of their best clips to date.

The video for Rose-Colored Boy sees the band pay homage to morning TV as they’re transported back to the 80s, with each member playing a reporter who can’t staaand the sight of each other.

Hayley Williams ends up having a breakdown, similar to the iconic “I’m as mad as hell, and I’m not going to take this anymore” speech from the 1976 Oscar-winning film Network, resulting in the band trashing the studio. We’ve all felt like this at work haven’t we?

Watch the fantastic video below.

After Laughter – the band’s fifth studio album – received widespread acclaim from critics upon release for touching upon themes such as exhaustion, depression, and anxiety.

The album has spawned three other singles so far, with Hard Times, Told You So and Fake Happy.

Rose-Colored Boy is now available on iTunes and streaming services.