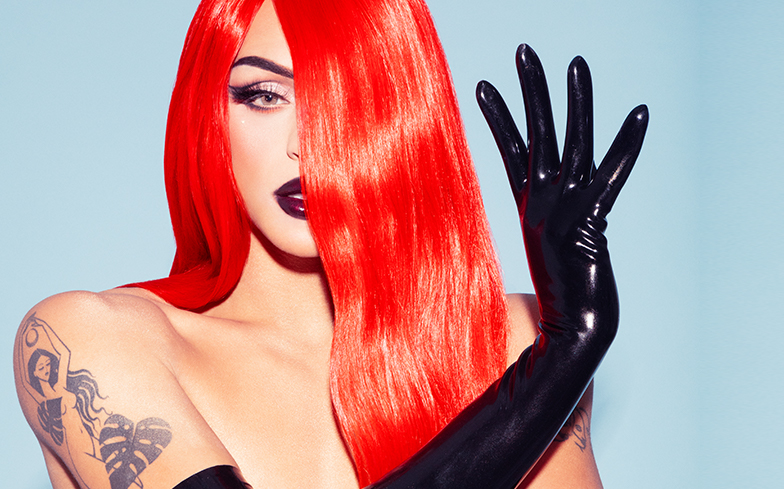 The groundbreaking performer – who has collaborated with the likes of Charli XCX and Diplo – took home the award for Best Brazilian Act, becoming the first drag artist to win an astronaut statue in the show’s 25-year run.

Despite her home country being known as the ‘LGBTQ murder capital of the world’ and electing a homophobic president, the star has become an international sensation and a beacon of hope for Brazil’s maligned queer community.

“I know that I’m a piece of the whole LGBTQ community, and I know the responsibilities that come with that. That’s why I’m here. It’s amazing to bring the art of drag and music together to the mainstream market in Brazil,” she told us.

“People must know that we are talented and deserve our spotlight.”

And deserve it she does; Pabllo was also the first drag artist to be nominated for a Grammy, has the biggest Instagram following of any queen in the world (8.4 million), and does stratospheric numbers on YouTube (K.O. is sitting pretty at 335 million views).

As well as covering our Sounds Like Queer Spirit issue earlier this year, Pabllo will be serving up a show-stopping performance at our GAY TIMES Honours 500 ceremony later this month at the striking new venue Magazine London.

GAY TIMES Honours 500 will celebrate the trailblazers in our community, as well as playing host to a number of spectacular performances. We will also have Honey Dijon host a very special DJ set into the early hours.

Tickets for GAY TIMES Honours are free with a £5 donation going to Amplifund, our global philanthropic initiative that supports acceptance of LGBTQ communities in countries where they face greater legal and social challenges.

Visit here for everything you need to know about the GAY TIMES Honours 500 ceremony.

Watch Pabllo’s sickening performance of Flash Pose at the 2019 MTV EMA’s below.